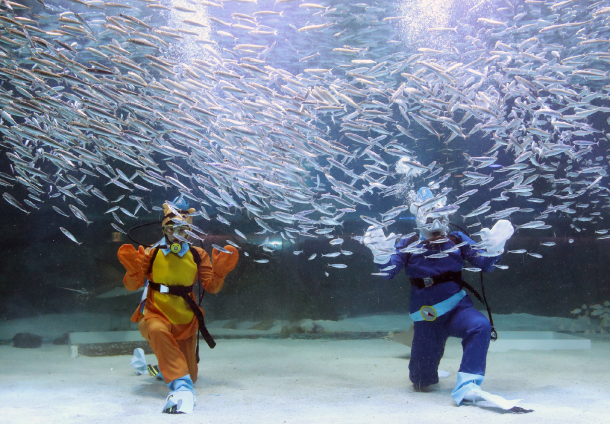 Performers rehearse for a children’s performance dressed as characters from the British animated series “The Octonauts” at the Coex Aquarium in Gangnam District, southern Seoul, Tuesday. The aquarium collaborated with the series to hold the performance, which will be held from Saturday until the end of May. [YONHAP]