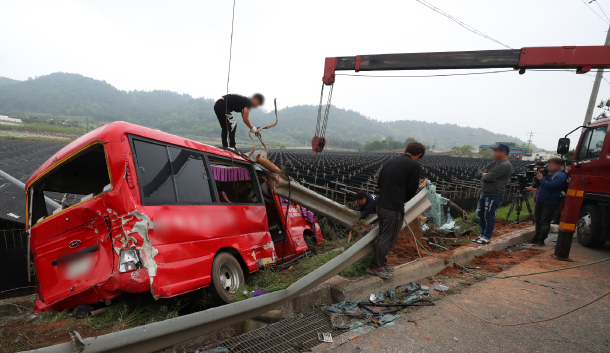 Rescue workers attempt to pull out a bus that crashed in Yeongam County, South Jeolla, on Tuesday. According to local police, eight people were killed and 11 were injured after the bus hit a vehicle. Police said the bus carrying 14 workers and a driver collided with a passenger vehicle about 5:21 p.m. The 14 passengers on the bus were returning from farm work and were mostly elderly. The police said the driver of the passenger vehicle was also injured in the accident. [YONHAP]