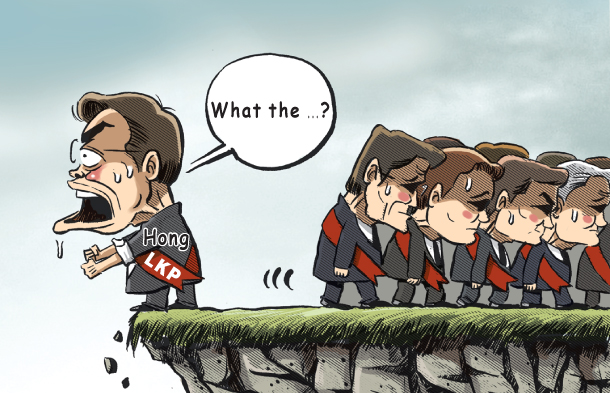 After the opposition Liberty Korea Party’s leader Hong Joon-pyo declared, “The world is going crazy!” — referring to the push for a peace treaty with North Korea and high approval ratings for North Korean leader Kim Jong-un among South Koreans — the party’s candidates in the June 13 local election are abandoning him.