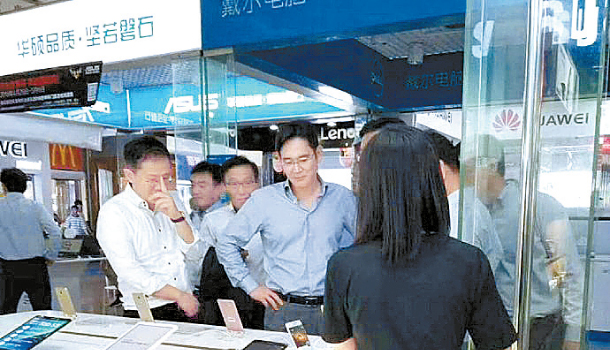 Samsung Electronics Vice Chairman Lee Jae-yong met with tech leaders in China during his business trip to Shenzhen, according to a Samsung source Friday.

BYD is one of the world’s largest electric car and car battery makers. Huawei, Xiaomi and BBK Electronics’ OPPO and Vivo are fast-growing Chinese smartphone manufacturers. They already have a dominant presence in China’s phone market as well as in emerging economies like India.

Details of the meeting and its results are yet to be disclosed.

According to data from market tracker Strategy Analytics, Samsung’s share in the Chinese smartphone market was less than 1 percent in the fourth quarter last year. In the tentative report, the analyst firm expected the company to ink around 1.7 percent market share, but the reality belied expectations. Unlike Samsung, local brands like Huawei, OPPO and Vivo boasted more than 15 percent market share each during the same quarter.

The Chinese market has proven tough for the Korean electronics giant as it is sandwiched between Apple in the premium segment and fast-growing Chinese phone makers that can offer lower prices.