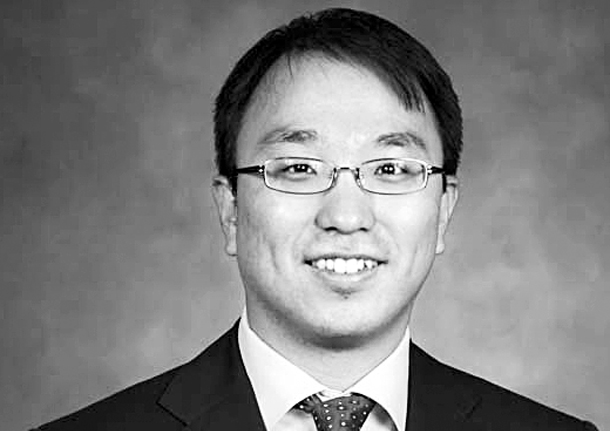 At the University of Alabama in Huntsville (UAH), a Korean scientist is working on technology that he believes could revolutionize the exploration of Mars: a swarm of robotic bees.

Kang Chang-kwon, an assistant professor of mechanical and aerospace engineering, is part of a team developing Marsbee, a small flying rover with cicada-like wings and sensors that can capture data about the red planet’s atmosphere and geology.

At the size of a bumblebee, Marsbee is considerably smaller and lighter than Curiosity, the nearly 4-ton rover currently roaming the Martian desert, and has the added advantage of being able to fly. Marsbee can also be operated in a swarm, just like real insects, to cover the entire planet.

Kang is collaborating with a Japanese team on the project, which NASA selected last month to be part of its Innovative Advanced Concepts program. In a recent interview with the JoongAng Ilbo, the engineer said he hopes to complete Marsbee within the next 10 to 20 years. Below are edited excerpts from the interview.

Q. Where did the Marsbee idea come from?

A. During my doctorate studies in aerospace engineering at the University of Michigan, I began researching aerodynamics, particularly how winged insects achieve flight.

At the University of Alabama in Huntsville, I have continued this research. So far, we’ve looked at bumblebees and fruit flies, and we are in the process of researching monarch butterflies, which are capable of long-distance flight. These butterflies can travel long distances in the winter at extremely high altitudes with low air density.


What kinds of impact will Marsbee have on space research?

The air density on Mars is much lower than it is on Earth. This makes it difficult for regular aerial vehicles to operate on Mars. If the Marsbee swarm model successfully operates on Mars, we will be able to attach video cameras to Marsbees and take precise 3-D pictures of the planet’s surface. Eventually, we will be able to map out the landscape and design courses for surface exploration robots. We can also use the devices to measure pressure and temperature changes and discover new minerals.


What are the difficult aspects of your research?

Since we can’t actually perform tests on Mars, the most difficult aspect will be replicating the atmosphere that exists on Mars, but the laboratory has a special pressure room that allows us to approximate the environment. The purpose of this project will be to demonstrate that Marsbee possesses enough lift to stay afloat even in an environment like Mars where the air density is low.


Aerospace engineering is still an unfamiliar field to many Koreans. What can we do about this?

Many people seem to regard aerospace engineering as belonging to the realm of mysticism. But space is yet another frontier that humanity must explore. Some countries are already constructing space stations and sending round-trip expeditions to space. NASA has already surpassed this phase and is conducting even more groundbreaking research.