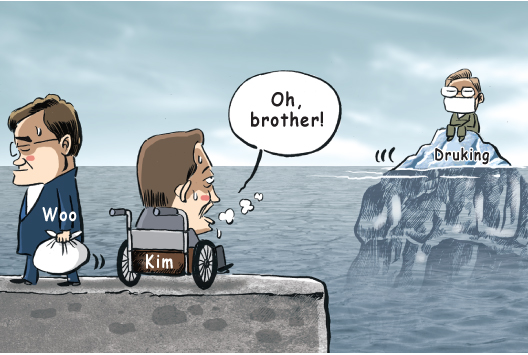 Opposition Liberty Korea Party’s floor leader Kim Sung-tae, who has resumed a hunger strike after being sent to the hospital, is frustrated by a power blogger named Druking, who is keeping mum about his role in an online public opinion manipulation scandal. In the meantime, Kim’s counterpart Woo Won-shik of the ruling Democratic Party is stepping down after his term is over.