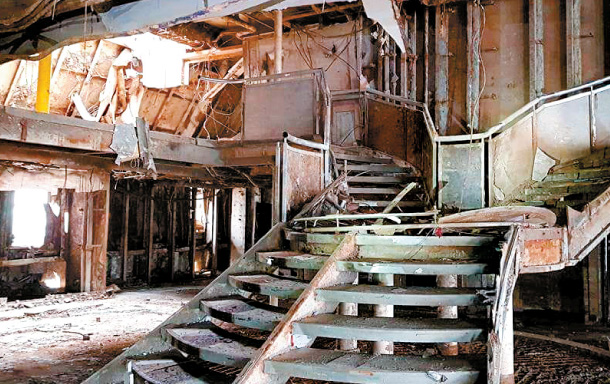 The interior of the ill-fated Sewol ferry is revealed on Sunday after it was set upright on Thursday, four years after it sank. The ship lay on its port side in Mokpo, South Jeolla, after it was salvaged in 2017. The 6,800-ton ship, which sank in April 2014, claimed more than 300 lives, and the remains of five people who were on board still have not been found. Prime Minister Lee Nak-yon met with bereaved families on Saturday and vowed to search for the remains of the missing people. A search operation into the hull is expected to start after three weeks of preparation. [YONHAP]