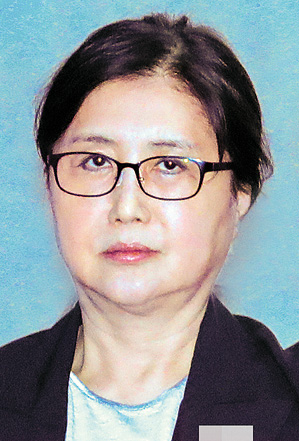 The Supreme Court on Tuesday upheld a three-year prison sentence for the confidante of former President Park Geun-hye, the first final verdict in a series of corruption trials connected to Park.

The top court upheld an appellate court’s decision on Choi Soon-sil, Park’s longtime confidante. The court found her guilty of colluding with officials from Ewha Womans University to get her 22-year-old daughter Chung Yoo-ra special treatment in admissions and grades.

Choi and several other Ewha officials, including the university’s president, were indicted in 2016 on charges of obstruction of duty. Choi was accused of demanding professors give her child grades for papers she never submitted and exams she never took, using her ties with the Ewha president.

Last June, a lower court handed down a guilty verdict for Choi, saying she committed “too much wrongdoing to consider her actions were out of love as a mother.”

An appellate court in November ruled that she “ignored the law and legal procedures and betrayed trust over fairness,” upholding Choi’s prison term.

The Supreme Court also upheld two-year prison terms for the university president and a professor, Kim Kyoung-sook, for their involvement in the crime.

Choi, who is being detained on other corruption charges, will remain at the detention center instead of being transferred to a prison until her other appeals trial is over.

In February, a lower court sentenced her to 20 years in prison for multiple corruption charges related to Park’s abuse of power.