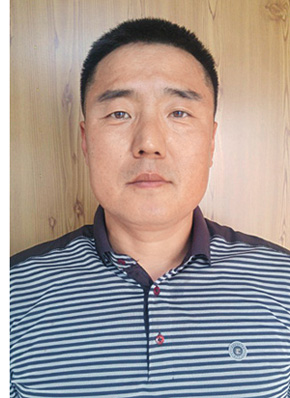 A man’s quick thinking on a Gyeonggi highway has earned him an award for meritorious acts of bravery.

The LG Welfare Foundation announced on Tuesday that it would give its Upright Person Award to Han Yeong-tak, who used his own vehicle to stop an unconscious driver’s car from causing a bigger accident.

On Saturday, Han was driving southbound on a highway connecting Siheung, Gyeonggi, to Asan, South Chungcheong, when he noticed a small SUV crashing into the concrete barrier. The driver had fallen unconscious for about 1.5 kilometers (1 mile) and was going at a speed of approximately 20 to 30 kilometers per hour, according to the Incheon Metropolitan Police Agency.

When Han drove closer to the vehicle, he noticed the driver leaning toward the passenger seat. When he didn’t wake up after several honks, Han decided to drive his black Hyundai Tuscani in front of the SUV and allow it to crash from behind. The two cars skidded for about 200 to 300 meters (656 to 984 feet) before coming to a halt.

Han then got out of his vehicle and walked toward the SUV. He tried to open the doors but they were locked, so he borrowed a hammer from a passerby and broke the windows to take the unconscious driver out. Other passersby called the police.

“I thought there might be a bigger accident since the driver fell unconscious,” Han said. “Even if it wasn’t me, I’m sure someone else would’ve stepped up, given the pressing situation.”

Han has been hailed as a “hero” after videos of his quick thinking went viral online.

The exact cause of why the driver fell unconscious is not yet known, but he did tell police that he had not been feeling well since the day before because he felt overworked. The 54-year-old was taken to a hospital in North Jeolla, his place of residence, and is currently recovering from the incident. Police report that he is in stable condition.

Law enforcement authorities closed their preliminary investigation, saying the case was “different from general car accidents” because Han purposely stopped the car to save the man. They plan on awarding Han with a letter of commendation.

“If the car kept going, there might even have been an explosion from leaking gas,” said Bae Sang-hoon, a professor of police science at Seoul Digital Unviersity.

Kim Kwang-san, a lawyer from South Jeolla, also added that it was a “tricky legal situation” for Han because “under the law, he would have to pay for all the damages caused by the collision.”

On Monday, Hyundai Motor promised to give Han a new Veloster when it comes out in 2019 after Han declined the company’s offer to pay for the damages on his Tuscani.

LG Welfare Foundation has not revealed the exact prize money for Han, but it has previously given 100 million won to 500 million won ($93,045 to $465,225) to its recipients as compensation for any loss or injury that they received due to their heroic acts.