Humans still needed to look for life in space

Humans still needed to look for life in space 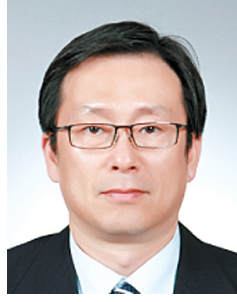 It has been 10 years since Korea sent engineer Yi So-yeon to the International Space Station in partnership with Russia, and she became the first Korean in space.

Even after a decade, people still disagree whether the 25 billion won ($23.1 million) cost was worth it. Yi’s departure from Korea after the mission to study in the United States and her later marriage to a Korean-American man complicates the issue. Some argue Yi was a victim of the government’s desire for domestic and international publicity.

To look deeper into the issue, the Korea JoongAng Daily conducted a phone interview with Choi Gi-hyuk, a senior researcher at the Korea Aerospace Research Institute, who directed the lunar exploration program office for the Korean Astronaut Program.

Choi heads the Korean Microgravity Society, an academic think tank established after Korea completed the astronaut program. The society consists of those who participated in the process of selecting and training astronauts and conducts experiments in microgravity (or gravity-free) environments and develops related test devices.

Q. It’s been 10 years since Korea sent Yi So-yeon to the space. Where does Korea stand when it comes to manned space flight?

A. Thanks to the Korean Astronaut Program, Korea has been able to obtain basic technologies and know-how for manned space exploration: how to select and train astronauts and conduct scientific experiments in space. Korea also learned how to design and produce devices required for space experiments.

Will it be necessary for Korea to launch another astronaut into space?

After Korea succeeds in the launch of the Korea Space Launch Vehicle-II by 2021, discussions to start manned space exploration projects will inevitably begin. But sending up a second astronaut will cost too much and the cost has nearly doubled because the National Aeronautics and Space Administration shut down its space shuttle program in 2011 and Soyuz, which took Yi into space, became the only spacecraft available to reach the International Space Station.

Why should Korea keep sending humans into space?

Manned space exploration is more advanced than without humans. Using microgravity robots to search for life is still inferior to humans. It is best when human scientists are dispatched on such a mission. Korea can’t just stay where it is now, given it isn’t in such a bad situation in terms of its technological level. We can manufacture products, mine natural resources and even launch space travel programs. Even though it costs more than 20 billion won to send a human into space now, an increasing number of private companies are deploying commercial space vehicles, which will eventually slash the cost.

What do you think of the controversy over Yi So-yeon: the charge that she took advantage of a space flight project that cost tens of billions of won in tax money and left the country without making sufficient a contribution afterwards?

I don’t think criticism of her is legitimate given she sincerely completed her duties and she went to the United States to study. She fell in love by accident and is living there, which is not wrong in any way.

What products can be made in space?

There isn’t any finalized product yet. Microgravity can hypothetically accelerate stem cell expansion and even make it easier to grow tissue of major organs because gravity compresses the tissue and vessels. Precise chemical experiments done in gravity-free environments could help develop medicines for incurable diseases such as cancer and Alzheimer’s. If the United States shuts down the International Space Station in 2024 and puts it in the hands of private industry, private companies may jointly take advantage of the facility for research and manufacturing.

When will Korea send humans to Mars?

It is highly likely to be a joint project due to the enormous cost - at least $500 billion. Europe and Japan already agreed to collaborate on Mars missions way back and Korea will definitely join them.

Would you travel to Mars if there's any chance?

Of course I would even if I have to be trained. There is a widespread misperception that only extremely strong and healthy people can travel through space but the trip is actually open to everyone except for those with problems with their hearts and spines.

What support from the government do you think is necessary for manned space exploration?

Setting up a long-term plan, aside from administrative and budget-wise support, is crucial. When considering the scenario of Korea sending humans into space some day, the government will have to publicize the long-term plan -- amongst teens, in particular. It will make a difference if people dream about becoming astronauts when growing up.