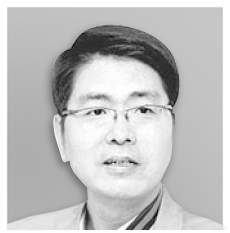 Cho Joon-mo
*The author is a professor of economics at Sungkyunkwan University.

The Moon Jae-in administration have introduced more labor policies in its first year than past administrations have in five years. The government’s keystone idea on the job front is to increase hiring, reduce contract workers and working hours and raise the quality of jobs.

While economists believe Moon’s 16.4 percent hike in the minimum wage affected hiring negatively, the government is busy finding other excuses. The Ministry of Employment and Labor puts the blame on the ongoing restructuring in the shipbuilding and automobile industries. The deputy prime minister for the economy blames the so-called base effect from sharp gains in the first quarter of last year. State think tanks blame cyclical factors.

The government claims that any impact on the labor market from the hike in the minimum wage would be noticed in the second half. But an independent committee responsible for setting the minimum wage level for next year will have to come up with an outline next month. That means next year’s minimum wage could be determined by political factors rather than rational considerations.

While pushing for a double-digit increase in the hourly wage floor, the government should have expanded the scope of the basic wage to cushion the shock on employers. Instead, the government earmarked 2.9 trillion won ($2.7 billion) in subsidies for small businesses. Then it claimed that 78 percent of their workers, or 2.36 million on the payroll of workplaces employing 30 or fewer, benefited from the program as of the end of April.

But a low payout of the subsidies — just 9.7 percent of the budgeted amount — suggests that a great number of workers in small firms are not only non-salaried workers but also are not employed on a stable basis. The excessive budget implies that the government did not study the situation thoroughly and may have hastily arranged the budget for political purposes. The government is busy making quick fixes as it tries to meet a campaign pledge of pulling up the minimum wage to 10,000 won per hour within three years.

The government has made some strides in reducing contract-based workers and notoriously long Korean work hours. The public sector tried to place contract workers on permanent payrolls, and a law capping weekly work hours to 52 hours went into effect. But if the introduction of a performance-based salary system gets toppled by unions, more tax money would be needed to sustain the expanded permanent payroll. Restrictions on employing contract workers in the private sector could also discourage new hiring.

In workplaces of smaller sized and non-unionized businesses, workers now have to worry about their jobs and reduced paychecks due to shortened work hours and higher labor costs. Unionized employees of large companies can fight any disadvantages through collective bargaining. But umbrella unions representing small workplaces would struggle to defend their members from the sudden changes.

In other words, any benefits from shorter work hours and conversion to the permanent payroll are restricted to employees in the public sector and large companies. A policy designed to help the lower income class has actually ended up hurting the weak and benefiting the stronger income group.

The government vowed to improve the quality of jobs and stigmatized contract positions as the worst. The policy risked the loss of many jobs and the security they provide. The Organization for Economic Cooperation and Development advises governments to provide “more and better” jobs, not “better” for the selective few.

The government should moderate its policy in order to achieve its desired goals. It must study whether its policies actually help increase jobs. It must check whether it is stepping on the gas pedal with the gear in reverse. It needs to assess if the policy benefits are restricted to unionized large companies and public-sector workers at the expense of small workplaces and contract workers.

The age of the so-called fourth industrial revolution demands entirely new labor and industrial paradigms. The Chinese government provides ambitious funding and liberalization measures to promote the IT sector and raise it to global standards. Youth employment will not get any better if policies are improvised for makeshift gains.