‘Lemonade’ portrays the sour side of immigration

‘Lemonade’ portrays the sour side of immigration 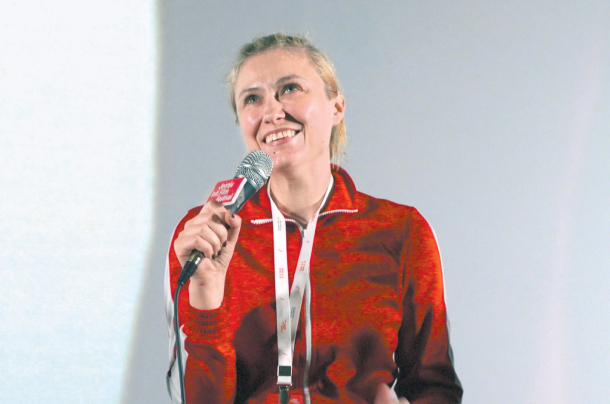 The American adage, “If you have a lemon, make lemonade” aptly sums up writer-director Ioana Uricaru’s harrowing film, “Lemonade.”

The debut feature from the promising Romanian director brings up issues of sexual exploitation and xenophobia of immigrants to the United States through the eyes of the protagonist Mara (Malina Manovici).

“[The movie is] mostly based on her [Uricaru’s] experience as an immigrant to the U.S., and the experiences of other people who she interviewed for the film,” said Manovici following the film’s screening at the 19th Jeonju International Film Festival in North Jeolla, which wrapped up on May 12.

“Lemonade” premiered at this year’s Berlinale and competed for the grand prize in Jeonju.

Mara is a loving mother from Romania who married an impotent American named Daniel (Dylan Scott Smith), who she met only few months before. A bittersweet drama unfolds as Mara must endure several trials to receive a green card to stay in the United States. She desperately wants to give her eight-year-old son Dragos (Milan Hurduc) a better education and the possibility of a brighter future.

Mara is treated poorly during the seemingly endless immigration procedures. She is vaccinated without being consulted and is abused by the police for leaving her son, a minor, alone at a motel. Though Mara generally accepts her situation, her husband loses his temper when he hears about the unfair treatment. 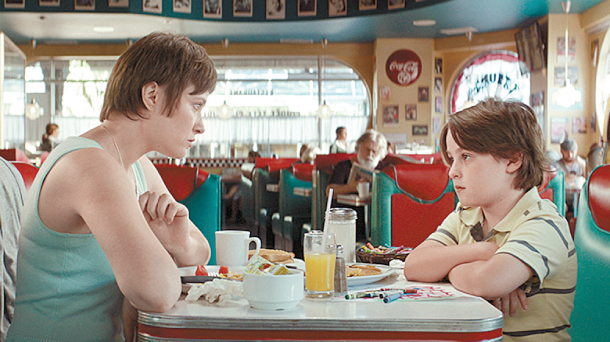 Mara, left, is a Romanian widow who is sexually exploited by an immigration official while applying for a green card in the United States, which she believes would offer a better future to her son. [JEONJU INTERNATIONAL FILM FESTIVAL]

But Mara refuses to keep her head down when she is sexually exploited by an immigration officer, who says that she had been sexually pleasing “the wrong guy” for the widely coveted visa. The officer tells her that foreigners selfishly hope to enjoy the fruits of Americans’ hard work without contributing anything. He implies the least she could do is sexually please American men. Mara gives in to his first attempt at using her sexually, but later tries to make a deal with him.

Throughout the film, the director suggests that immigrants deserve better in American society.

Dragos scores higher than average on a school entrance exam despite his inability to speak English, and Mara tries to play fair with an officer even when he’s soliciting sex from her.

The movie shows the troubles a foreign woman is forced to endure during her honeymoon, which should be a fun and relaxing time. Still, the film suggests that immigrants should hold out hope for a better life.

“‘Just cope with it and try to do best you can’ is [the message] reflected in the film,” said Manovici.