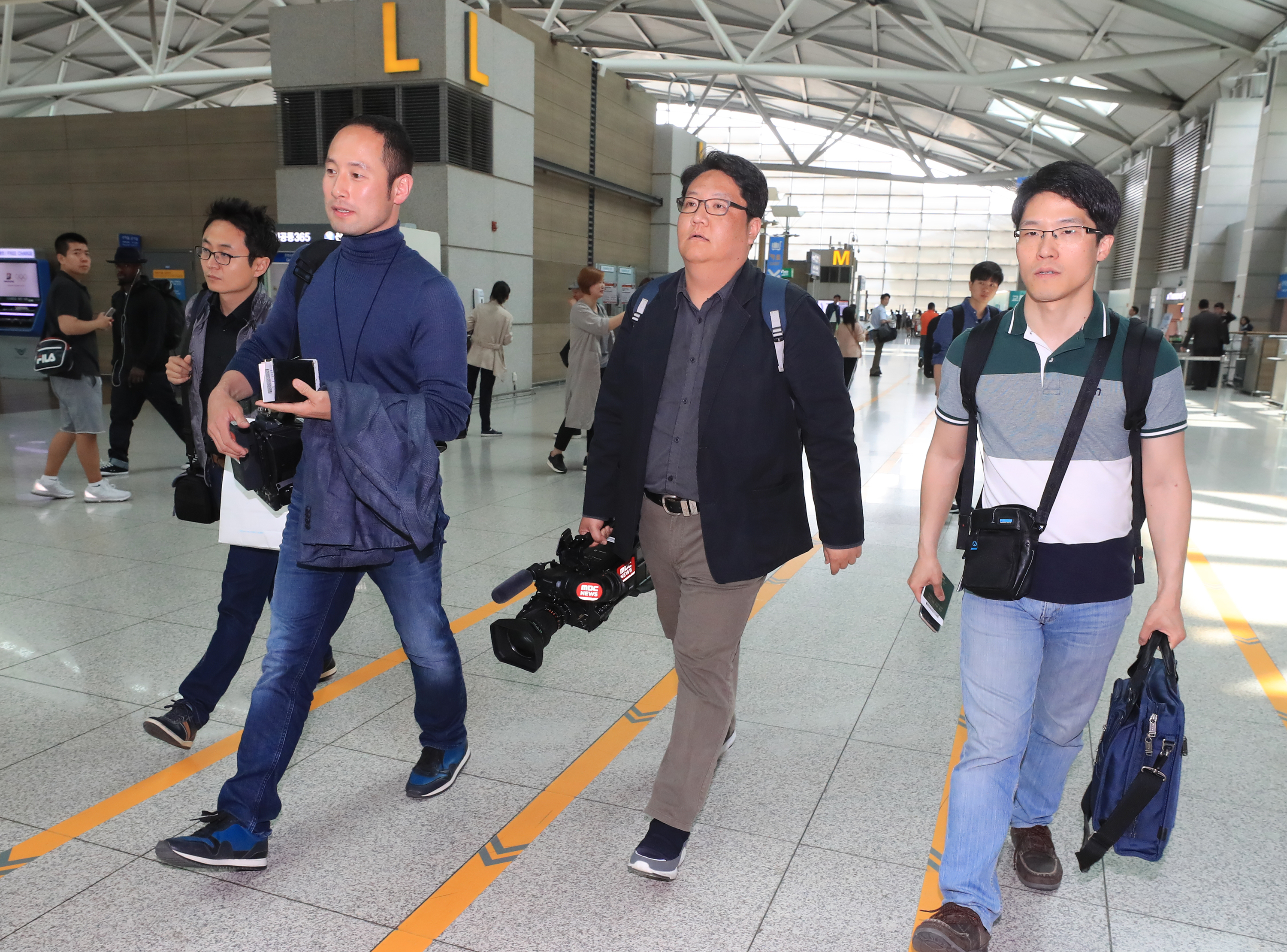 South Korean journalists depart for Beijing at the Incheon International Airport on Monday afternoon. North Korea accepted the South’s list of reporters to cover the dismantlement of the Punggye-ri nuclear test site on Wednesday morning. [YONHAP]

North Korea accepted the list of South Korean journalists to cover the dismantling of the Punggye-ri nuclear test site on Wednesday morning.

A group of eight South Korean journalists departed several hours later at around 12:30 p.m. from the Seoul Air Base in Seongnam, Gyeonggi, on a government plane, flying directly to Kalma Airport in North Korea’s eastern port city of Wonsan.

The South’s Ministry of Unification said earlier through a statement that it was able to notify the North through the inter-Korean Panmunjom channel of the list of eight journalists from two media outlets, broadcaster MBC and newswire News1.

It added that the government “plans to take necessary measures to support our press corps to travel to the North along with their mode of transportation.”

North Korea invited journalists from five countries — China, Russia, the United Kingdom, the United States and South Korea— to cover a ceremony to dismantle the nuclear test site, set to take place between Wednesday and Friday, depending on weather conditions.

But it had refused to accept the South’s list of journalists.

The journalists from the four other countries arrived the previous day in Wonsan in North Korea’s eastern Kangwon Province on a direct chartered flight, which departed from the Beijing Capital International Airport on Tuesday morning. The South Korean journalists who flew into Beijing Monday were excluded from this flight. They later returned to Seoul.

Overnight, a summit between South Korean President Moon Jae-in and U.S. President Donald Trump took place in Washington on Tuesday. There had been speculation that the North may be awaiting the results of this summit before accepting South Korean reporters. The demolition of the Punggye-ri nuclear test site has been seen as a gesture by the North showing its intention to denuclearize, and comes ahead of its planned summit with the United States on June 12 in Singapore. 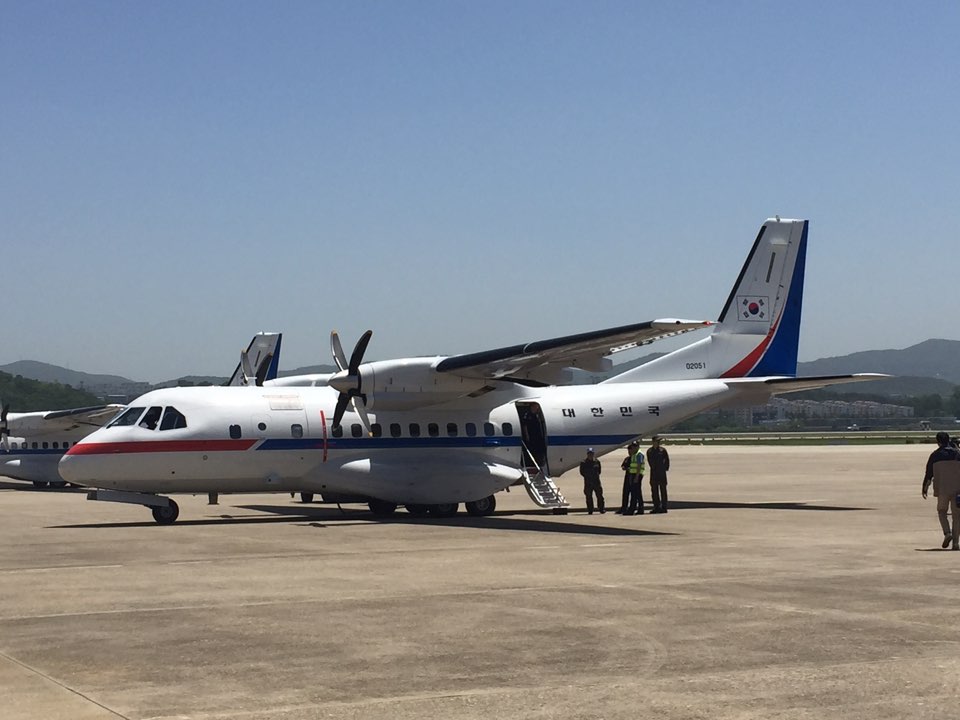 The South Korean press corps departed hours later from the Seoul Air Base in Seongnam, Gyeonggi, at around 12:30 on a government plane to fly directly to Kalma Airport in North Korea’s eastern port city of Wonsan. [JOINT PRESS CORPS]

On Tuesday night, the Unification Ministry said in a statement that it planned to continue to try to submit the list of journalists to the South the next morning, as “there is still time left” until the dismantlement ceremony. It added there is a possibility that the South Korean journalists could fly directly from South Korea to Wonsan, if North Korea accepts this, as the precedent was set during the PyeongChang Winter Olympics.

Tom Cheshire of the United Kingdom’s Sky News, one of the journalists covering the event, tweeted Wednesday: “We're still being told the weather is too bad for travel... What might be delaying us is the arrival of South Korean journalists, who we thought had been uninvited. Name cards have just been placed for them in the press centre.”