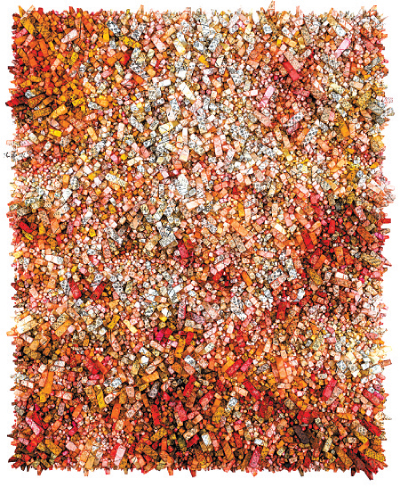 To June 5: The solo exhibition of Chun Kwang-young, famous for his work with traditional Korean hanji, or mulberry paper, shows the evolution of his “Aggregation” series, in which numerous triangular pieces, wrapped in hanji torn from old Korean books, are put together to form rugged shapes with cracks that look like the surface of another planet.

The exhibition includes pieces from the “Aggregation” series, which often have rich colors created through traditional Korean dyeing methods. These pieces have names like “Dream” and “Desire.”

From ancient stoneware to clothes worn to this day, this exhibition is a chance to understand Mongolia like never before. 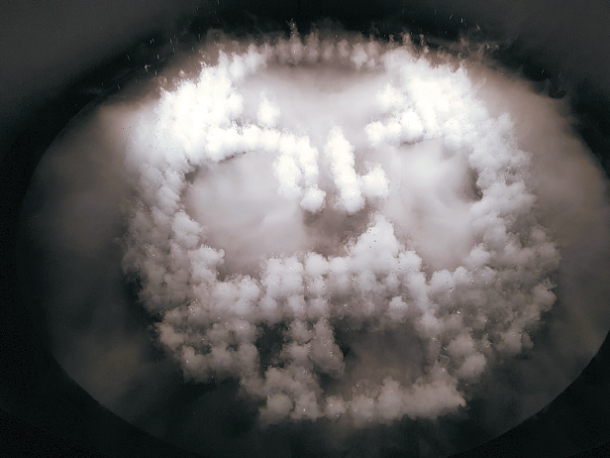 The artist is famous for his interactive works involving technologies such as surveillance, robotics and long-distance networks that require the audience’s participation. The 50-year-old artist said that, among the 29 pieces on view, five are being premiered here in Seoul.

Among the five is the spectacular “Blue Sun,” a huge globe made of 342 panels with LED lights, which reflects phenomena that occur on the surface of the sun. Another one of the new creations is “Pareidolium.” In a dark room, a misty fountain is installed. When the viewer comes close and stands in a certain point, a face detection program instructs the fountain to make the viewer’s face out of the water with waves.

Admission is 12,000 won for adults. The museum is closed on Monday. Go to Sinyongsan station, line No.4, exit No.1.

To Aug. 26: The Deutscher Werkbund, or the German Association of Craftsmen, is a non-profit organization of artists, designers, architects and industrialists established in 1907 that worked together to create products that are not only useful, but also beautiful.

Its name is a compound of the German word werk, meaning to create, and bund, a gathering of people.