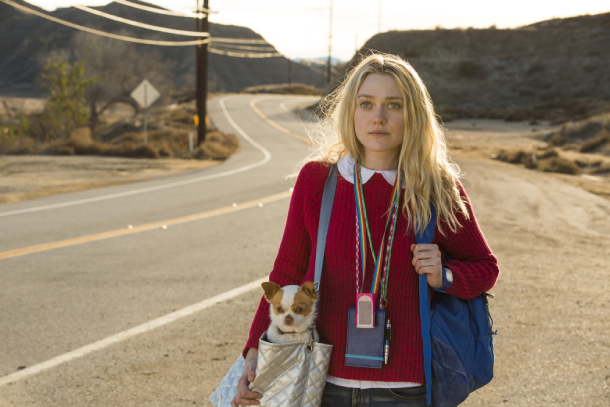 Directed by Ben Lewin, this coming-of-age film tells the story of Wendy (Dakota Fanning), an independent and creative young woman with autism spectrum disorder. She finds the world extremely puzzling, and has difficulty interacting with people.

Although she follows a strict routine, Wendy still finds time to pursue her interests. She possesses many talents, such as the ability to memorize a 427-page script. A sci-fi aficionado, Wendy also loves to write. Currently, she is working on a 500-page Star Trek manuscript and is determined to submit her work to a Hollywood writing competition.

Without permission from her caregiver Scottie (Toni Collette), she boldly runs away from her care home and goes on a road trip with her dog Pete in order to enter the contest.

The film is based on playwright Michael Golamco’s one-act play of the same name.

Fourteen-year-old Jun-ho (Lee Hyo-je) is happy living with his half-brother Seung-ho (Lim Tae-poong) and his mother Mi-jin. However, everything changes when Mi-jin gets into a car accident while talking to an angry Seon-mi, who is married to Mi-jin’s lover, Won-jae (Heo Joon-seok).

While anxiously waiting for his mother to recover in the emergency room, Jun-ho learns that Seung-ho is the son of Won-jae. At the hospital, the two brothers meet Ji-young (Kim Ha-na), the daughter of Won-jae and Seon-mi, for the first time. Along with her father, Ji-young is waiting for her mother to recover; as it turns out Seon-mi was also hit by the same truck.

Due to the tangled love relationship between the adults, the children become victims. Since Jun-ho and Seung-ho have nowhere to go, they temporarily live with Won-jae and Ji-young. As time passes, the three children become close to each other and learn to care for each other.

Jun-ho, who wants to sustain this family of five, wants to continue living together. However, due to the sudden visit of Ji-young’s aunt, who advises Won-jae to kick Jun-ho and Seung-ho out, this happiness does not last for long. 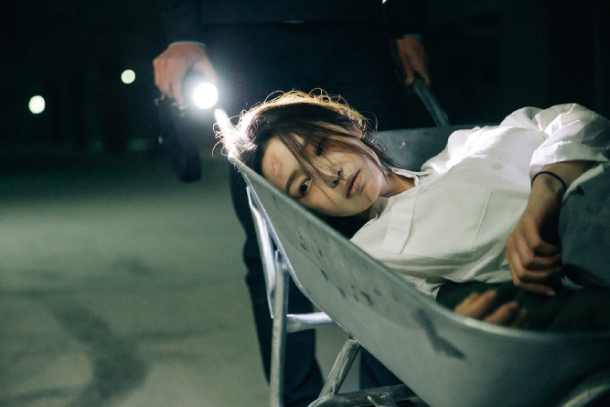 Ji-min (Nam Gyu-ri) is absolutely certain that she accidentally killed a person with a car, while riding with her fiance Woo-jin (Lee Kyu-han).

Due to this guilt, Ji-min goes to the police station and confesses her crime, but finds out that there was no car accident. Thinking that something is fishy, Cha In-tae (Lee Chun-hee), a police officer, becomes suspicious and keeps a wary eye on her.

As time passes, Ji-min suffers even more and finds it difficult to distinguish between fiction and reality. Haunted by hallucinations and nightmares, she becomes heavily dependent on medicine that Woo-jin prescribed for her. What makes things even worse is that an unknown person is watching her every move.

While Ji-min is on the verge of losing her mind, Woo-jin seems nonchalant about the matter. He even asks the doctor to strengthen the prescription drug, which Ji-min later refuses to take.

What exactly is Ji-min looking for? 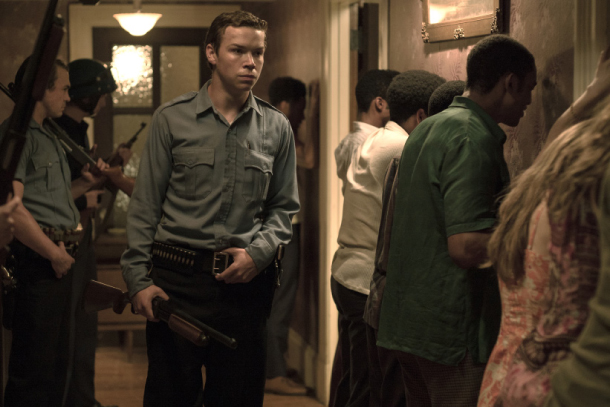 To honor black American soldiers returning from the Vietnam War, a party is being held at a local speakeasy. Police suddenly raid the establishment because it does not have a valid liquor license and the patrons are sent out into the street to be arrested. After one police officer is hit with a glass bottle, things turn nasty, marking the beginning of the 1967 12th Street Riot.

Exactly two days later, on the evening of July 25, the Michigan State Police and the Michigan Army National Guard barge in to the Algiers Motel searching for a supposed sniper firing at the authorities. Several police officers abandon formal procedures and forcefully interrogate guests. As one of the largest race riots in United States history, this incident resulted in the death of three unarmed black men and the brutal beatings of seven black men and two white women.

Based on the Algiers Motel incident during Detroit’s 1967 12th Street Riot, this film centers on the rioting and civil unrest that wreaked havoc on the city of Detroit. Directed by Kathryn Bigelow, this film was released to commemorate the 50th anniversary of the tragic event. Along with several awards, this film was named the Outstanding Independent Motion Picture at the 49th NAACP Image Awards.

Set in 1981, Israeli adventurer Yossi Ghinsberg (Daniel Radcliffe), is desperate to escape the life of work, marriage and kids, and instead travels to Bolivia to journey into the exotic Amazon rainforest. He is accompanied by Marcus Stamm (Joel Jackson), a teacher from Switzerland, and Marcus’s friend Kevin Gale (Alex Russell), and American hiker and photographer.

The three join a guide, Karl (Thomas Kretschmann), who promises to give them a tour of the Amazon. Hoping their journey in the jungle will be dynamic and exciting, the group soon realizes that surviving in jungle is harder than they had anticipated. Accompanied by massive fire ants, monkeys and other animals, they must make ends meet.

Based on Yossi Ghinsberg’s 2005 book “Jungle: A Harrowing True Story of Survival,” this film tells the true story of the author’s survival while he was stranded in an uncharted part of the Bolivian Amazon for three weeks in 1981. It won the Best Dramatic Feature at the 2017 Byron Bay International Film Festival. 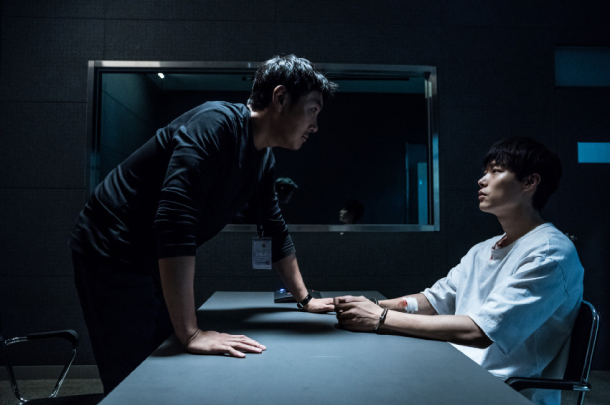 Directed by Lee Hae-young, whose previous works include “The Silenced” (2014) and “Like a Virgin” (2016), this action film centers around a police detective Won-ho (Cho Jin-woong) and his efforts to combat an international drug cartel.

As a tenacious investigator, Won-ho will stop at nothing to take down the drug ring and goes undercover to ultimately arrest his target. Before taking down Lee, the team conducts an operation targeting Jin Ha-rim (Kim Joo-hyuck), a drug ring boss from China.

Based on internationally acclaimed director Johnnie To’s 2012 crime thriller “Drug War,” this is the first time that Lee is at the helm of an action film. Additionally, this film stars the actor Kim Joo-hyuck, who died in a car crash last October. 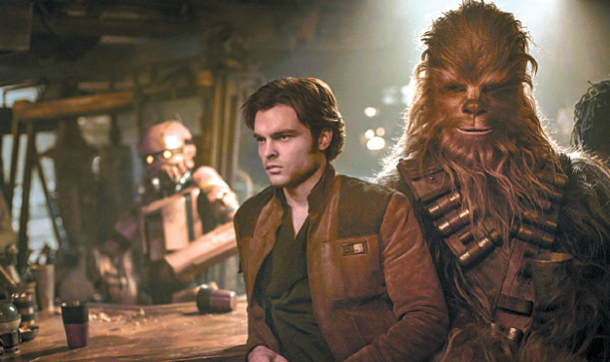