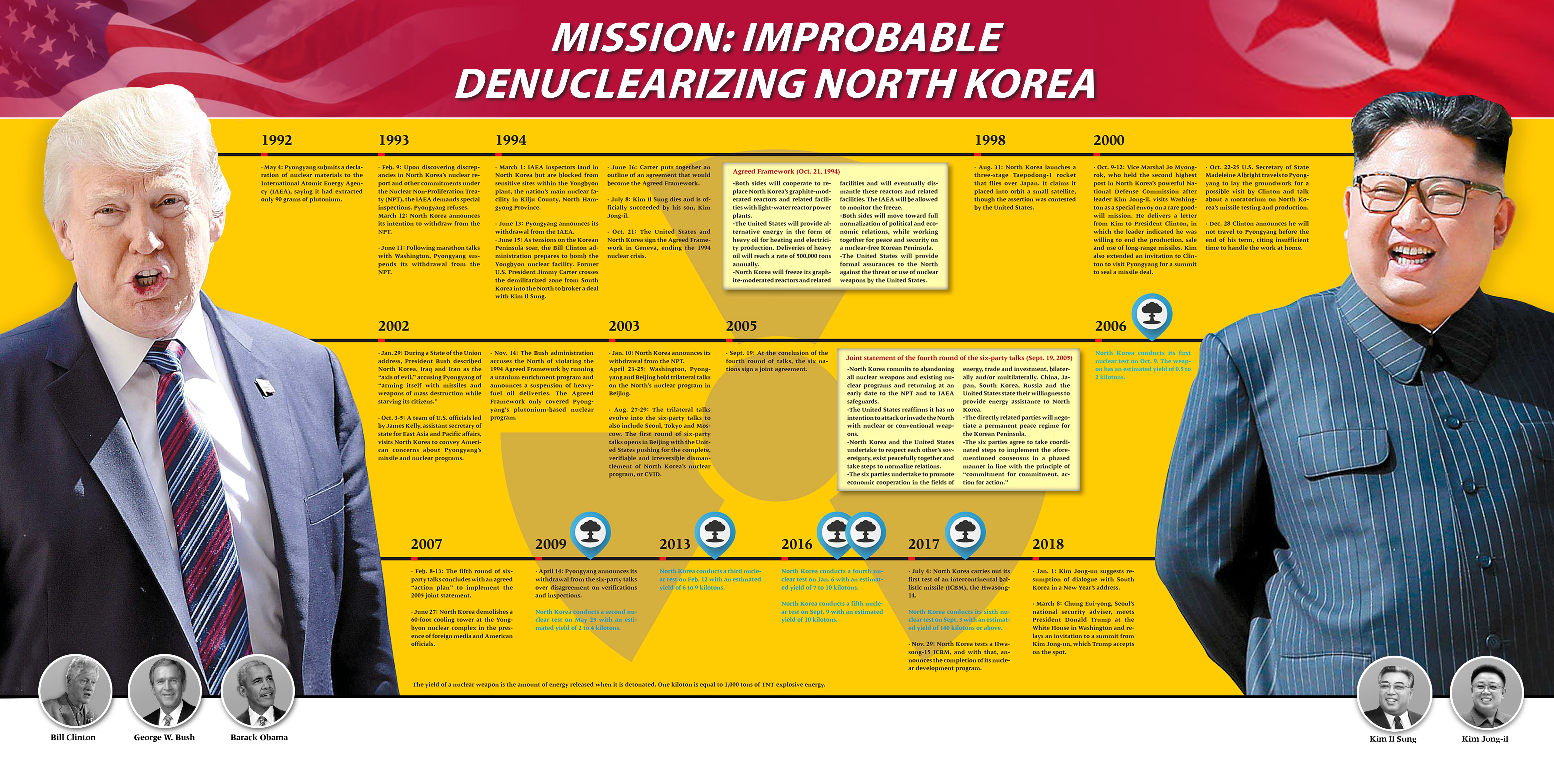 Washington and Pyongyang share a long diplomatic history of hopes and disappointments, guarded trust and outright betrayal when it comes to denuclearization talks. The United States has tried to steer North Korea away from becoming a nuclear power for 26 years, but no combination of sticks and carrots have managed to fulfill that goal.

Donald Trump hopes to change that.

Trump will be the first U.S. president to hold a summit with a North Korean leader if a meeting goes ahead on June 12 in Singapore. Kim Jong-un will have a lot more to bargain with than his father or grandfather — a sizeable nuclear arsenal and missiles capable of delivering them to as far as the United States. But that could make him more difficult at the negotiating table.

Trump has vowed not to “repeat the mistake of past administrations.” A look at the history of this failed exercise in containment might help the United States make a more sizeable or durable achievement this time around.