Kenya looks to Korea for power

Kenya looks to Korea for power 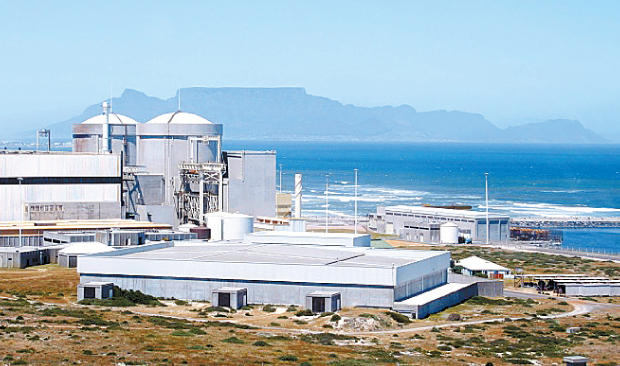 Korea continues to expand its influence in the global nuclear energy industry, despite the domestic phase-out of nuclear power. Africa is now emerging as the latest target for Korea’s nuclear ambitions, as the continent continues to face perennial energy shortages.

The Korea Atomic Energy Research Institute (Kaeri), a state-run nuclear energy research think tank, held a workshop in Kenya from June 4 to 7 to discuss the introduction of nuclear reactors to the African nation for research purposes.

The workshop was a follow-up to a memorandum of understanding the institute signed with the Kenya Nuclear Electricity Board last September.

A total of 30 researchers and field experts from Korea and Kenya attended the workshop, according to the institute. 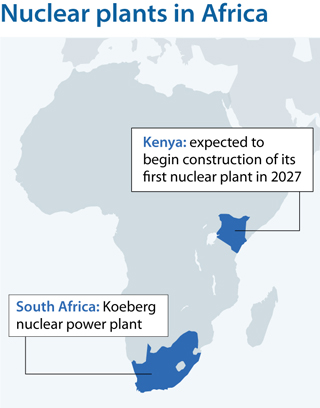 The institute said that Kenya requested Korean assistance in establishing a plan to introduce nuclear reactor for research purposes before building an actual power plant.

The institute developed Hanaro, a multi-purpose nuclear research reactor that can generate 30 megawatts of power, in 1995.

Kaeri also built the Jordan Research and Training Reactor (JRTR), a 5-megawatt research reactor at the Jordan University of Science and Technology in Ar Ramtha, Jordan. The JRTR was the first reactor exported by Korea.

The continent of Africa is suffering from a severe energy shortage. While many African countries are interested in building nuclear plants to remedy this energy problem South Africa is the only country on the continent with a commercial nuclear plant - the Koeberg nuclear power plant.

The plant produces only 5 percent of the energy used in the country, so South Africa is looking to build a new commercial power plant capable of generating 9,600-megawatts worth of energy by 2030.

“Many countries on the African continent are trying to develop nuclear energy, but many of them are facing a myriad of difficulties, including poor economic conditions and inconsistent government policy direction,” wrote the Korea Trade-Investment Promotion Agency in a report. “Uranium deposits, which are the resource for nuclear energy, can be found in countries such as South Africa and Namibia, and they are also cheaper compared to other energy sources. For these reasons, nuclear energy is a very economical source of energy for Africa in the long term.”

Kenya is counting on nuclear plants as the solution to the country’s energy scarcity problem.

The Kenyan government is pushing its Vision 2030 plan, which includes constructing a nuclear plant that can generate 1,000 megawatts of energy.

The construction of the plant is set to begin in 2027 and will take about five years, according to the government.

Korea was selected as a strategic partner in the plan, though the company that will actually build the plant has not yet been decided on.

“The current government sees its policy of phasing out nuclear power as separate from exporting [Korea’s] nuclear reactors,” said Kim Kyoung-min, a professor of political science and diplomacy a Hanyang University and a nuclear policy expert. “But in order to relieve the concerns of importing countries, the government must clarify its stance on promoting exporting nuclear power-related technologies.”