The trap of scandals

The trap of scandals 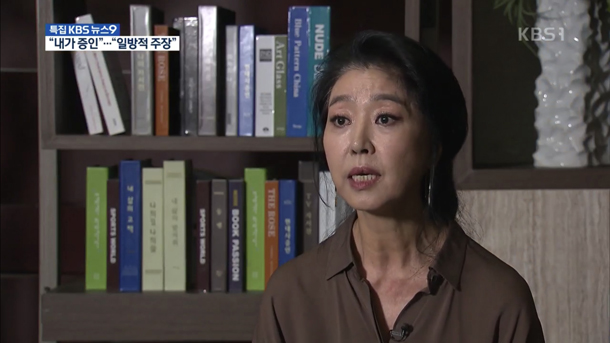 In an interview with KBS, actress Kim Bu-sun says she had a relationship with Lee Jae-myung, the ruling Democratic Party’s candidate for Gyeonggi governor. [YONHAP]

He was once called Darth Vader or Bad Boy. In the 1988 U.S. presidential election, 37-year-old political consultant Lee Atwater was considered to have made the biggest contribution to the victory of George H.W. Bush.

His first project was the unsubstantiated rumor that the wife of the Democratic candidate had burned a U.S. flag to protest the Vietnam War. Then followed the patriotic debate over punishment for refusing to say the Pledge of Allegiance and a television ad about a sexual assault of a Black inmate. Michael Dukakis, who had a 17 percent lead early in the campaign, asked voters to decide based on competency, but was defeated after repeated negative attacks by the Bush camp.

A negative campaign strategy also worked in Korea for the 2002 presidential election, as Kim Dae-eob, a petty officer, alleged that the military service documents for Lee Hoi-chang’s two sons were fabricated. Though it turned out the evidence had been tampered with and no charge was substantiated, the game was already over.

In election campaigns, the negative strategy is a necessary evil. Humans have fought dangers in nature and are more sensitive to negative information than positive information. There is also the sleeper effect, where you hear a rumor, and when you wake up the next day, you forget the grounds and only remember the rumor.

Korea’s election law defines the election campaign as whatever activity is involved in making a candidate elected or not elected. So, a negative campaign is not illegal. While the negative strategy makes voters cynical, there are studies that it actually attracts more attention from voters.

A scandal around a leading gubernatorial candidate, Lee Jae-myung running for Gyeonggi governor, is heating up the local election campaign at the last minute. A rival candidate, who is currently third in the polls, started a negative strategy that involves an actress, a celebrity reporter and a popular writer. While it is yet to be seen how voters will respond to the scandal, I am more interested in the truth. It seems it will be hard to reveal the truth before the election. But it is not a courtesy to the voters to hush up the scandal after the election.

The origin of the word scandal is skandalon, ancient Greek for a trap. It is derived from a story in Greek mythology where the goddess of beauty Aphrodite and the god of war Ares were caught having an affair by a trap set by Aphrodite’s husband Hephaestus. A scandal that is not clarified will become a trap someday for the target of the negative campaign and the user of the strategy. Scandals in past elections, the Northern Limit Line controversy, ownership of DAS and corruption and influence by a friend, were all hushed after elections but turned into explosives when the political situation changed later.