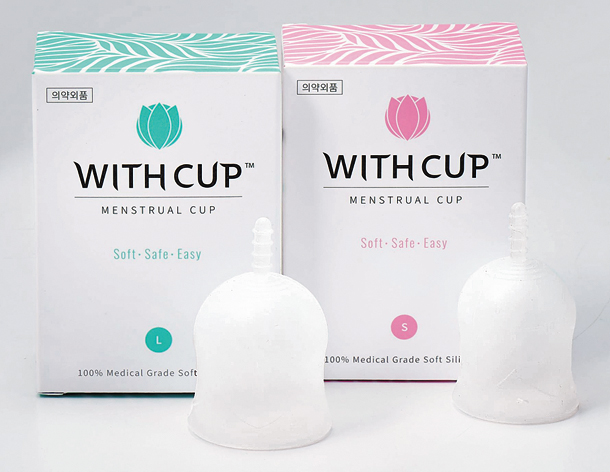 The discount chain will sell two variations of “WithCup” in two different sizes, both priced at 39,000 won ($36.21). WithCup was the first menstrual cup made in Korea to receive safety approval from the Ministry of Food and Drug Safety last month. It is cheaper than the foreign products that consumers previously had to buy online.

The launch makes Lotte Mart the first discount chain to sell menstrual cups. Menstrual cups rose as an alternative to sanitary pads last year when the safety of several sanitary products fell into question. But most of them had to be purchased through foreign shopping websites as menstrual cups were only approved to be officially imported into Korea in December.