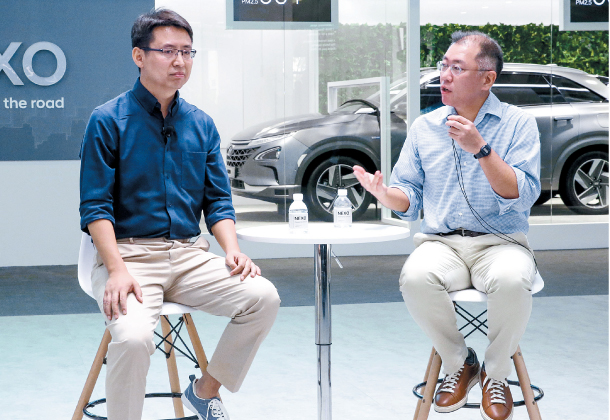 Hyundai Motor and Kia Motors are teaming up with Chinese tech companies to bolster their presence in China’s fast-growing auto market and develop futuristic cars.

DeepGlint, founded in 2013, specializes in AI-powered computer vision technology. While humans use their eyes to see things, computer vision enables machines to visually sense the world around them. Such technology is vital for autonomous cars that need to adapt to various road conditions in real time.

According to Korea’s largest automaker, it will apply the start-up’s AI expertise to gain a competitive advantage in its manufacturing and retail processes and to offer an enhanced customer experience. The partnership is also expected to help Hyundai create a safer driving environment for self-driving cars. 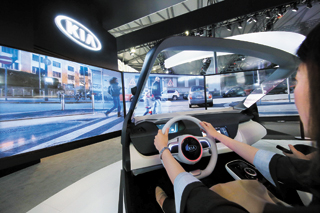 “Hyundai and DeepGlint both have faith that not only will AI enable products to be more intelligent, but more importantly, it will help us deliver much more humanity in our manufacturing, products and society,” said Dr. Yong Zhao, co-founder of DeepGlint.

“We collaborated with Hyundai at the beginning of 2015 and now we are further strengthening our ties in the field of autonomous driving,” said general manager Gu Weihao of Baidu.

Hyundai believes that the partnership with Baidu, which has the largest collection of map data in China, could help give it a competitive edge in developing autonomous driving technology catered to actual road conditions in the country.

“Regardless of size and industry, Hyundai is open to any collaboration and partnership across regions, and China is where we see opportunities that will lead to groundbreaking solutions that shape our future,” said Chung Eui-sun, vice chairman of Hyundai Motor, during a press conference at the exhibition.

One notable demonstration at the booth showed how driving the NEXO could contribute to improving air quality. As air filters through the NEXO, 99.9 percent of fine dust is removed, according to Hyundai. The automaker believes the feature could become popular in China as the market is highly interested in improving air quality.

Affiliated Kia Motors joined forces with Baidu and Tencent QQ Music and exhibited a new infotainment system developed specifically for the Chinese market at the electronics show. The system will be commercialized for cars to be launched in China next year, according to the automaker.

With the new infotainment system, sensors attached to the steering wheel read a driver’s heart rate and recommend the type of music that would best fit the driver’s mood. The system also incorporates voice recognition technology that allows users to search the web via voice command while driving and listen to weather forecasts.

While the three-day electronics exhibition was a show for tech giants hoping to find the latest technological trends in Asia’s largest consumer market, automakers have recently started joining the event as auto manufacturing becomes increasingly tech-driven.

This year 11 automakers took part, an increase from eight last year. It is Hyundai’s second time participating in the event and Kia’s first.