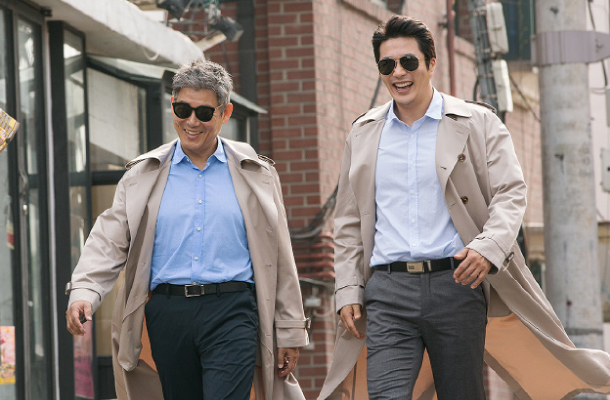 Directed by Lee Eon-hie, this crime comedy is the sequel of the 2015 “Accidental Detective” film, directed by Kim Joung-hoon. The film once again tells the story of the combined efforts of tenacious detective No Tae-su (Sung Dong-il) and Kang Dae-man (Kwon Sang-woo), who previously was a wannabe detective who earned a living as a comic book store owner.

Picking up from where the previous film left off, the sequel follows No and Kang, who now work as private investigators, as they open up their own office. Joined by Yeo-chi (Lee Kwang-soo), a skilled former employee of the government’s Cyber Bureau, No and Kang soon learn that the reality of the job is different from what they imagined.

After waiting for what seems like forever, their first client walks in the door. Motivated by 50,000,000 won ($46,161.02) that the client offers to pay for their services, the three detectives happily take on the case. They start things off brimming with confidence, thinking that the case will soon be over.

However, it doesn’t take a long for them to realize that the case is going to take more work than they expected. Nevertheless, the crew is determined to reveal the culprit’s identity and solve the mystery. 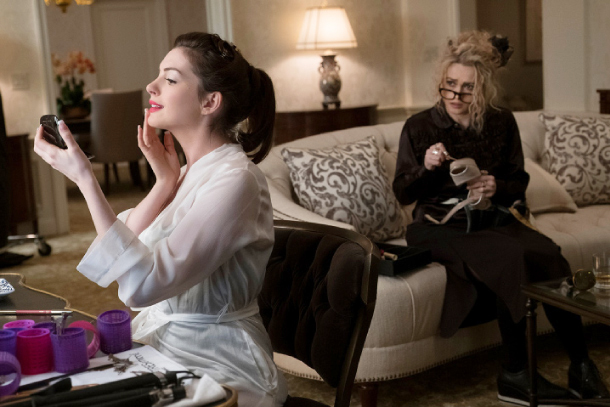 This film is a continuation of the Ocean film series, which started in 2001 with the hit “Ocean’s Eleven” (2001), starring George Clooney and Brad Pitt.

The movie unravels with Danny Ocean’s (Clooney) sister, Debbie Ocean (Sandra Bullock), who has spent five years and eight months in prison, persuading an officer that she just wants to live a simple life. This turns out to be a downright lie, as Debbie happily carries out the heist that she has been planning for years, after being successfully being released out of parole.

Inspired by her brother of the original Ocean film series, Debbie gathers an all-female dream team, including her bestie Lou (Cate Blanchett), fashion designer Rose (Helena Bonham Carter), hacker Nine Ball (Rihanna), suburban mom Tammy (Sarah Paulson), Amita (Mindy Kaling) and street con Constance (Awkwafina) to pull off a heist at the star-studded Met Gala, which will be held in three and a half weeks in New York City.

The plan is to not rob the ball itself but Daphne Kluger (Anne Hathaway), who will be wearing a gorgeous necklace that costs over 150 million dollars. 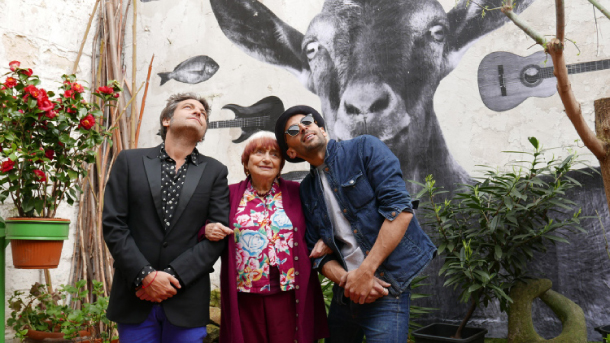 This documentary features the journey of 89-year-old legendary director Agnes Varda, who contributed to the development of the French New Wave film movement, and 34-year-old street photographer and graffiti artist JR across rural France.

Despite their age gap, the two recognize each other as kindred spirits, and compliment each other’s work. As the two travel together in JR’s van equipped with a photo booth and printer inside, they meet people living in the countryside and interview them.

The people that they interact with are diverse, ranging from factory workers to farmers. Varda and JR create large portraits of these people and paste them all over the walls of the towns they visit.

This film was awarded the Golden Eye award for documentaries at the 2018 Cannes Film Festival and was named the Best Non-Fiction Film at the 2018 National Society of Film Critics (NSFC) Awards. 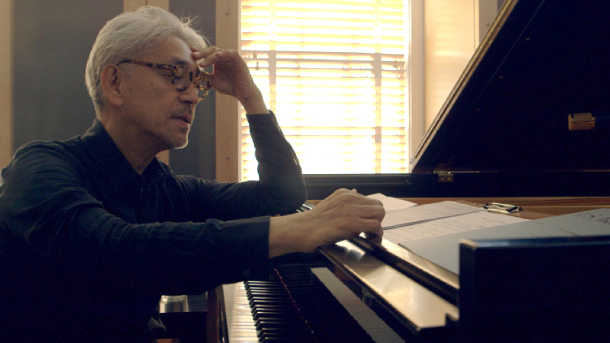 This documentary is a portrait of 1998 Oscar-winning Japanese music composer Ryuichi Sakamoto, and tells the story of his struggle to return to music after being diagnosed with throat cancer.

Filmed over five years, this film highlights Sakamoto’s interest in all kinds of sounds. Even though Sakamoto himself does not know when he will exactly die, he is certain that he wants to make more music, especially music that he won’t be ashamed of leaving behind.
Directed by Stephen Nomura Schible, this film depicts how Sakamoto receives inspiration from tragic events, such as his personal struggles with cancer and the 2011 Fukushima nuclear disaster. This documentary is Schible’s directorial debut. 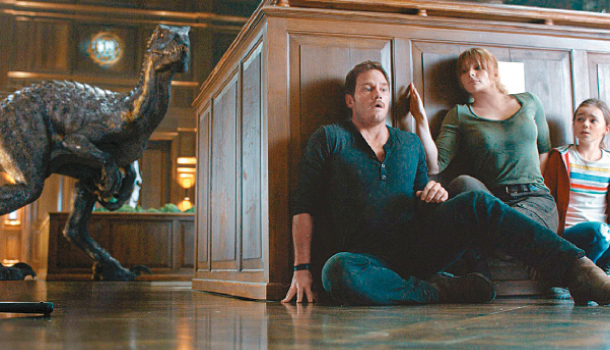 While dinosaurs are free to roam around the deserted island without any human intervention, a dormant volcano that is about to erupt threatens their existence.

Owen is determined to find Blue, his lead raptor who is currently missing. Meanwhile, Dearing, an activist for dinosaur rights, partners up with Benjamin Lockwood (James Cromwell), a former partner of the CEO of Jurassic Park, to rescue the dinosaurs and bring them to Lockwood’s sanctuary in America.

But, Grady and Dearing discover that the plan to bring the dinosaurs to Lockwood’s estate is all just a scheme to eventually auction them away. What makes matters worse is that the Indoraptor, an incredibly dangerous and intelligent hybrid dinosaur, escapes the estate and begins a reign of terror.

Directed by J. A. Bayona, this film is a sequel to the 2015 science fiction film “Jurassic World” and is the fifth installment of the Jurassic Park series. 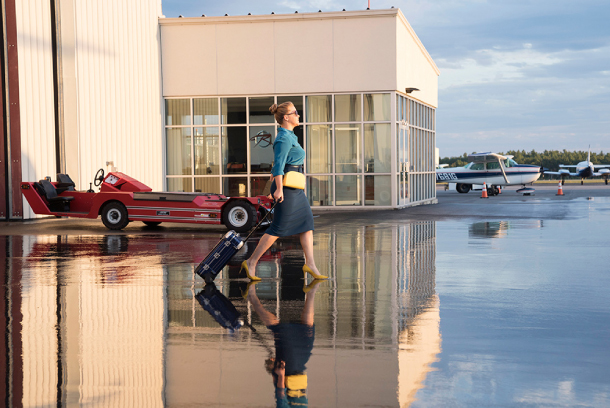 Renee Bennett (Amy Schumer) feels insecure about her face and body. Her low self-esteem prevents her from making advances in her career and she can’t bring herself to applying for a receptionist position at cosmetics giant Lily LeClaire. She tries everything to change her physical appearance, from exercise to making a wish at a fountain, but nothing happens.

However, things change when Bennett falls off of her SoulCycle bike. After blacking out, she wakes up completely transformed. But, only she can see the changes. Bennett firmly believes that she is truly gorgeous and instantly has more confidence.

Newly empowered, Bennett walks out the gym with a new perspective and feels like she can finally chase after her dreams.
Written and directed by Abby Kohn and Marc Silverstein, this comedy sends the message that beauty is only skin-deep.

Ji-min (Nam Gyu-ri) is absolutely certain that she accidentally killed a person with a car while driving with her fiance Woo-jin (Lee Kyu-han). Due to this guilt, Ji-min goes to the police station and confesses her crime, but finds out that there was no car accident. Thinking that something is fishy, Cha In-tae (Lee Chun-hee), a police officer, becomes suspicious and keeps a wary eye on her.

As time passes, Ji-min suffers even more and finds it difficult to distinguish between fiction and reality. Haunted by hallucinations and nightmares, she becomes dependent on the drugs Woo-jin prescribed her.
While Ji-min is on the verge of losing her mind, Woo-jin seems nonchalant about the matter. He even asks the doctor to strengthen the prescription drug, which Ji-min later refuses to take. “Deja Vu” is director Ko Kyung-min’s debut film.