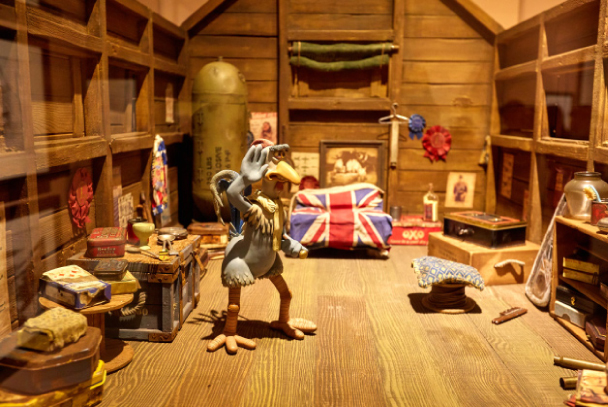 THE ART OF AARDMAN ANIMATIONS: WALLACE & GROMIT AND FRIENDS

To July 12
: The venerable British studio behind a number of hit movies like “Creature Comforts” (1990), “Chicken Run” (2000) and the “Wallace & Gromit” series, is presenting a total of 372 artworks that make up the 40-year history of Aardman’s award-winning features in Korea.

The first part demonstrates the beginnings of Aardman’s creations in the form of drawings, storyboards and scrapbooks. Another section invites visitors to observe three-dimensional objects that have been created from drawings. 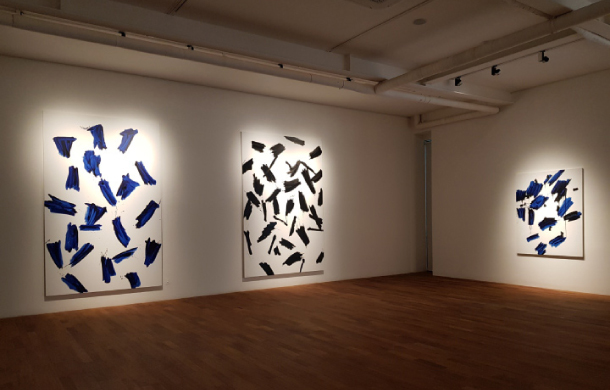 He created some of the paintings by

making brush strokes of various colors on a canvas, erasing them and adding brush strokes again and repeating this process five to six times. Some only have blue or black brush strokes on white canvases, which might remind viewers of blue and white pottery or ink paintings.

The artist said the works are not about representing anything but instead about the gestures and flow of paint and their “facial expressions” when they are put on canvas.

With his art, he shares with the viewers his perception, he added.

Admission is 3,000 won. Head to Gyeongbokgung Station, take line No. 3, exit 3, and take bus No. 1711 to the Lotte Apartment stop. Then walk for five minutes.

To July 23: The solo exhibition of famous American artist Alex Katz features 70 of his portrait paintings, for which he is best known. The portraits depict women posing as if they are being shot by a camera against a monotone background, like models in a commercial shoot.

Rather than illustrating the women and their beauty in a detailed way, Katz uses images of certain brands to speak on the women’s behalf - energetic and modern for Coca-Cola, chic and cool for Calvin Klein. In doing so, he has created a distinct style that has earned him fame. The Coca-Cola series and Calvin Klein series have been especially created for the Korean audience, and are displayed for the first time at this exhibition. 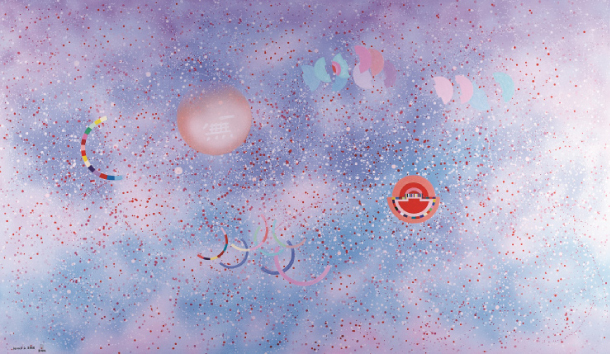 Paintings from the early 1960s, categorized by the artist herself as “Woman and the Earth” and a series of geometric abstract paintings called “Yin and Yang,” are also on display.

The last part of the exhibition features Rhee’s cosmic paintings “Road to the Antipodes.” 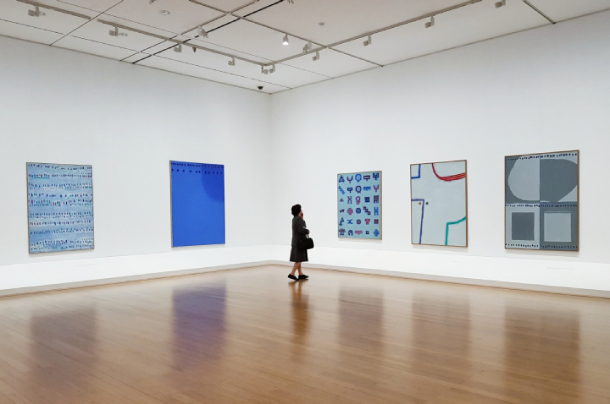 To Aug. 19: The large-scale retrospective of Korean abstract art pioneer Kim Whanki (1913-74) features 108 paintings and drawings by Kim as well as documents and other materials about the artist. Most of the works were loaned by the Whanki Museum in central Seoul, founded by the artist’s wife, Kim Hyang-an (1916-2004).

The works are on view chronologically. Visitors can see how Kim’s works evolved from the half-figurative, half-abstract paintings, which are easily understood by the general public, to pure abstract art, in particular, the so-called dot paintings that he developed in the last four or five years of the New York period. The latter are hard to understand, but are regarded as the apex of Kim’s oeuvre by art historians.

Admission is 1,000 won for adults. The museum is closed on Monday. 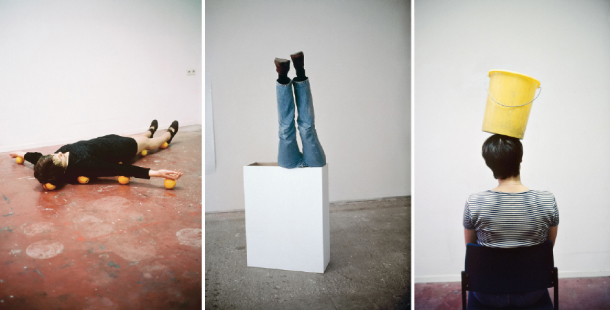 To Sept. 9 : Austrian artist Erwin Wurm’s first solo exhibition in Korea features several pieces from his well-known “One Minute Sculptures” series. Each piece consists of everyday objects and instructions from the artist. “The sculpture is realized” as the artist says, when a viewer strikes a pose with the objects, as instructed via a sketch and inscription.

The exhibition also includes “Ship of Fools” which Wurm presented in the Austrian pavilion at last year’s Venice Biennale.

The piece is a caravan where people can create several “One Minute Sculptures.” The caravan, along with the visitors’ human bodies and their actions, creates a composite sculpture.

Among the other pieces on display is a life-size sculpture of an absurdly plump car, titled “Dumpling Car,” which the artist created for the Seoul show as the latest piece in his “Fat Car” series.

Get off at Hangangjin station, line No. 6, exit 3. 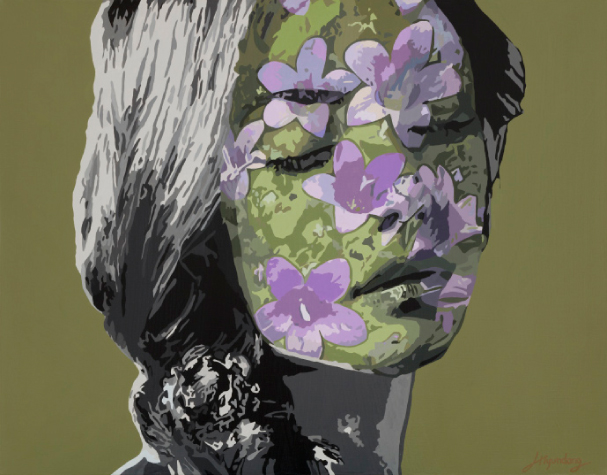 To Sept. 16: While some people are happily married, others regret the decision. The Seoul Museum has decided to capture the different perspectives with an exhibition that highlights their views on the institution of marriage.

“Dear My Wedding Dress” is divided into two parts. First, “The Stories of 12 Brides” includes 12 sections that each revolve around a fictional bride and her story. The anecdotes are derived from characters in famous movies, books and dramas, and each section includes a dress and pieces of art that express each woman’s story.