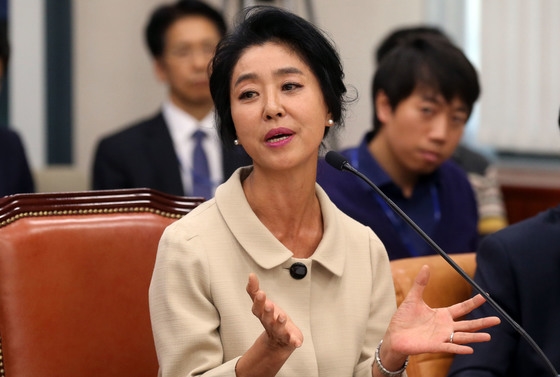 Actor Kim Boo-sun posted a plea on her Facebook account on Tuesday for people to stop insulting her over a recent slew of rumors saying that she had an affair with Gyeonggi governor-elect Lee Jae-myung.

The rumor about Kim and Lee’s relationship was brought to the public’s attention during the recent election when Kim Young-hwan, the Bareunmirae Party candidate for Gyeonggi governor, repeatedly brought it up while campaigning.

Lee has been married since 1991, but in 2010, a rumor that the politician had a 15-month affair with Kim beginning in December 2007 began to circulate. Kim, a single mother, claimed that Lee told her he was single when they first started seeing each other.

The scandal caught fire once again when the two posted Facebook messages accusing each other of lying in 2013 and 2016.

Kim wrote in a post on her Facebook page on Tuesday, “Stop all the guileful personal attacks. You’re not the only ones with human rights.”

She continued, “When are you going to stop using entertainers to cover up your illegal acts,” accusing politicians of using celebrity scandals to hide their wrongdoings.

After the June 13 election, Lee has avoided questions regarding his affair with Kim.