Poet Choi Young-mi to be honored by Seoul

Poet Choi Young-mi to be honored by Seoul 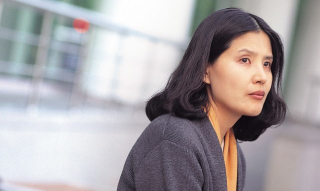 Poet Choi Young-mi has been named the winner of the Seoul Metropolitan Government’s Gender Equality Award.

Every year since 2004, the Seoul city government has named a citizen, group or corporation who has worked to strengthen women’s rights, social participation and gender equality.

This year, Choi was nominated for the award for creating literature on topics that deal with the sexual inequality and social contradictions faced by women.

The name of the award was changed from “Female Award” to “Gender Equality Award” to promote a gender equal society and allow for men to be nominated for the award as well.

Choi wrote a poem last December, the title of which translates to “Monster,” which deals with sexual harassment and the issue of living in a male-dominated society. The poem targeted a specific veteran poet, referred to as “teacher En,” who sexually abused editors and poets that worked with him.

The poem begins with “They told me not to sit next to teacher En.” She continues, “Poet K told me, as I was a rookie in the literary world, that [teacher En] touches any young women [he] sees.”

“Once, I forgot K’s warning and sat next to teacher En, Me too, the silk suit I borrowed from my sister was crumpled up,” wrote Kim, alluding to her past when she claims to have been sexually harassed by poet Ko Un.

The poem was praised for being a brave account of the poet’s experience of sexual harassment, and contributed to the start of the Me Too movement.

A ceremony for the award will take place on July 6 at Seoul City Hall in central Seoul.