Bithumb loses over $30 million to hackers

Bithumb loses over $30 million to hackers 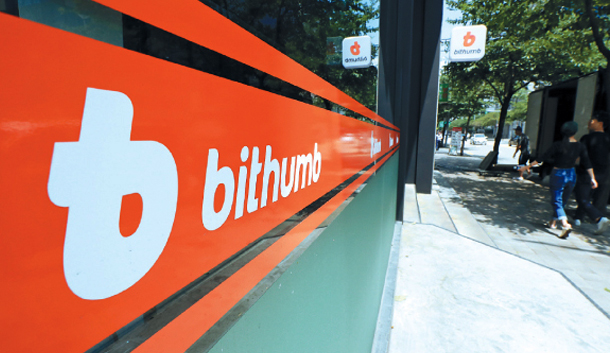 “We noticed that between last night and today early morning, about 35 billion won [＄31.5 million] worth of cryptocurrencies has been stolen,” Bithumb said in an announcement on its website on Wednesday. “Cryptocurrency deposit/withdrawal and Korean won withdrawal service will be halted for the time being and until services are thoroughly reviewed.”

According to a spokesperson, Ripple and other cryptocurrencies were stolen from the exchange.

Data from CoinMarketCap, a cryptocurrency information provider, showed that Bithumb was the sixth-largest exchange in the world as of Wednesday, with a 24-hour transaction volume of over ＄380 million. It is the second-biggest exchange in Korea, after Upbit.

“We are in the middle of an investigation by KISA [Korea Internet & Security Agency], so we will have to wait and see the results,” the spokesperson said.

The heist sent tremors throughout cryptocurrency markets, dragging down the price of coins and tokens across the board. As of 2 p.m., Augur was the only token that increased in price on Bithumb.

Bitcoin, the world’s most popular cryptocurrency, lost about 320,000 won, or about ＄300, a fall of about 4.5 percent, to 7.1 million won a coin. Ethereum, the second most popular cryptocurrency, saw its value fall by approximately 2.5 percent to around 550,000 won. The price of Ripple tumbled by about 5 percent to around 570 won.

The hackers took on Bithumb just nine days after a major attack on Coinrail, then the seventh-largest cryptocurrency exchange in the country.

Coinrail’s server was compromised on June 11, with hackers making off with cryptocurrencies valued at about 40 billion won at the time of the attack. As of press time on Wednesday, the Coinrail platform was still down for system maintenance.

“I think people who don’t quite understand the crypto space could fear the recent hacks,” explained Simon Yu, the CEO of StormX, a Seattle-based blockchain company that issues the Storm Token. “But it’s an important lesson to learn from that exchanges are always at risk and crypto should be held at a [offline] cold wallet.”

“With an exchange, the individual user does not control the public key, and it’s always risky to store any funds in an exchange,” Yu added.

Hackers managed to infiltrate Bithumb’s servers, despite recent attempts by the exchange to bolster its security systems.

On June 16, Bithumb announced that it was temporarily suspending its service and “transferring all assets to the cold wallet in order to build up the security system and upgrade the database.”

After the announcement, a rumor spread that the server inspection was a result of an attempt by hackers to steal cryptocurrencies out of Bithumb’s online wallets.

“It’s difficult to understand how the hacking [on Wednesday] was possible, because most of Bithumb’s cryptocurrencies are supposed to be stored in cold wallets,” a source familiar with the matter said.

According to the Bithumb spokesperson, 100 percent of the coins and tokens traded through the exchange have been moved to cold wallets.

“But then again, 35 billion won is a small percentage of Bithumb holdings, so that amount could just be what the exchange had in a hot wallet,” the source added.

“It was the hot wallet that was hacked, so we are uncertain at this point whether the stolen cryptocurrencies are our customers’ or the company’s,” a Bithumb spokesperson explained.

“This loss will be compensated by Bithumb’s own reservoir and all assets of our customers are securely saved in Bithumb’s cold wallet, hence all asset is completely safe and secured,” the company said in its announcement.