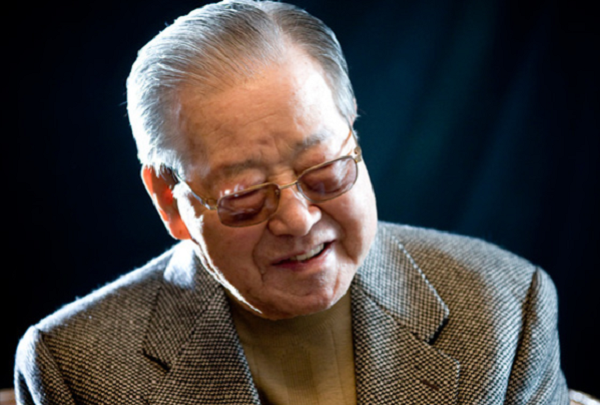 Former Prime Minister Kim Jong-pil, one of South Korea's most influential politicians in the 1980s and ‘90s who was often dubbed the "Eternal No. 2" for his closeness to power and failure to reach the top, died Saturday. He was 92.

Kim is believed to have died of old age. He was taken in an ambulance to Soonchunhyang University Hospital in central Seoul from his home in Shindang-dong in the morning, but he was already dead on arrival, hospital officials said.

Born in 1926, Kim graduated from the Korea Military Academy and played a key role in the 1961 military coup led by then-Gen. Park Chung Hee, who rose to president and ruled South Korea for 18 years before his assassination by his spy chief in 1979.

Kim was known as a major planner of the coup.

While Park was in office, Kim served in various key posts. He created the Korean Central Intelligence Agency (KCIA) and served as its first chief from 1961 to 1963. Kim also served as prime minister from 1971 to 1975 and five terms as a member of the National Assembly.

Kim was out of politics for most of the time that former President Chung Doo-hwan was in office until 1988 following his 1979 military coup, as Chung's junta accused him of illegally amassing wealth while Park was in office.

Kim resumed his political activities in 1987 as South Korea's democratization began with the introduction of a direct presidential election system. He unsuccessfully ran for president later that year.

Kim enjoyed popularity based on support from his hometown in the central Chungcheong provinces. He was one of the influential "three Kims" in South Korean politics, together with late former Presidents Kim Young-sam and Kim Dae-jung.

In 1990, Kim Jong-pil merged his party with the then ruling party of President Roh Tae-woo and another conservative opposition party led by Kim Young-sam in what is widely known as the three-party merger. The merger ultimately helped Kim Young-sam win the presidency in 1992.

In the following 1997 presidential election, Kim Jong-pil ran for president but later formed an alliance with Kim Dae-jung and helped him win the election. After Kim Dae-jung took office, Kim Jong-pil served as prime minister from 1998-2000, solidifying his image as the "Eternal No. 2."

Kim Jong-pil left politics after unsuccessfully running for the National Assembly in 2004.