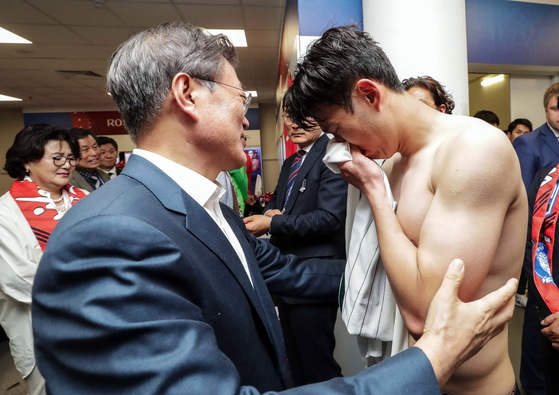 AHN HYE-RI
*The author is an editorial writer of the JoongAng Ilbo.

A photo posted by a social worker at a nursing hospital went viral on social media. The image showed a bag full of baked goods covered in chocolate, cream and frosting squashed and mashed together, almost looking like food waste. The social worker wrote that someone donated the bag. “No one would give something like this to their family … After seeing the bag, I called the donor and said we don’t appreciate the gift, tore up the business card and threw it all away.”

Some commentors argued that it is the thought that counts, but most people criticized the donor. Some were insulted, saying, “You think they are beggars” or “Go to hell and eat trash.”

The donor was not as brazen as someone described by another social worker in the comments, who donated expired bread and got a donation receipt for the amount. Of course the exact stories cannot be confirmed, but the original post said that the donor was not in the bakery business and likely had donated the food with good will.

But the donor became a target of reckless public attacks as the food was not individually packaged.

The donor may have felt wrongfully accused. What was the problem? Even the best food could look like food waste to the recipient. The donor had good intentions but may have lacked consideration for those who received the gift.

After the Korean team lost the match against Mexico at the Russia World Cup, President Moon Jae-in visited their locker room to cheer up the players, but some people criticized the visit.

Moon said that the players did their best, and Koreans were proud of their efforts till the end. But some people responded unfavorably and argued that he was lacking consideration for the players.

I don’t know whether the players were comforted by the visit from the president and the first lady.

But I felt uncomfortable seeing the exhausted players line up for the visit after their defeat and crying Son Heung-min shouting, “Go, Korea!” to the camera.

I realized that understanding the feelings of recipients should be a priority when offering donations or support.