G-Dragon returns to base after hospital stay

G-Dragon returns to base after hospital stay 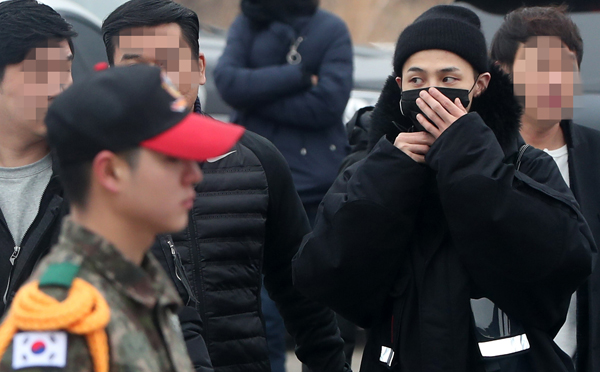 G-Dragon, the Big Bang singer currently serving in the military, has returned to his base after receiving treatment for his ankle, his agency said on Saturday.

YG Entertainment said G-Dragon returned to his base in Cheorwon County, Gangwon, on Friday after receiving treatment at the Armed Forces Hospital in Yangju, Gyeonggi.

G-Dragon, whose real name is Kwon Ji-yong, came under fire for allegations that he received special treatment from the military. Sources said he was admitted to an exclusive room in the hospital instead of one shared with other soldiers.

The agency denied the allegation, claiming the rumor was “groundless and malicious.”