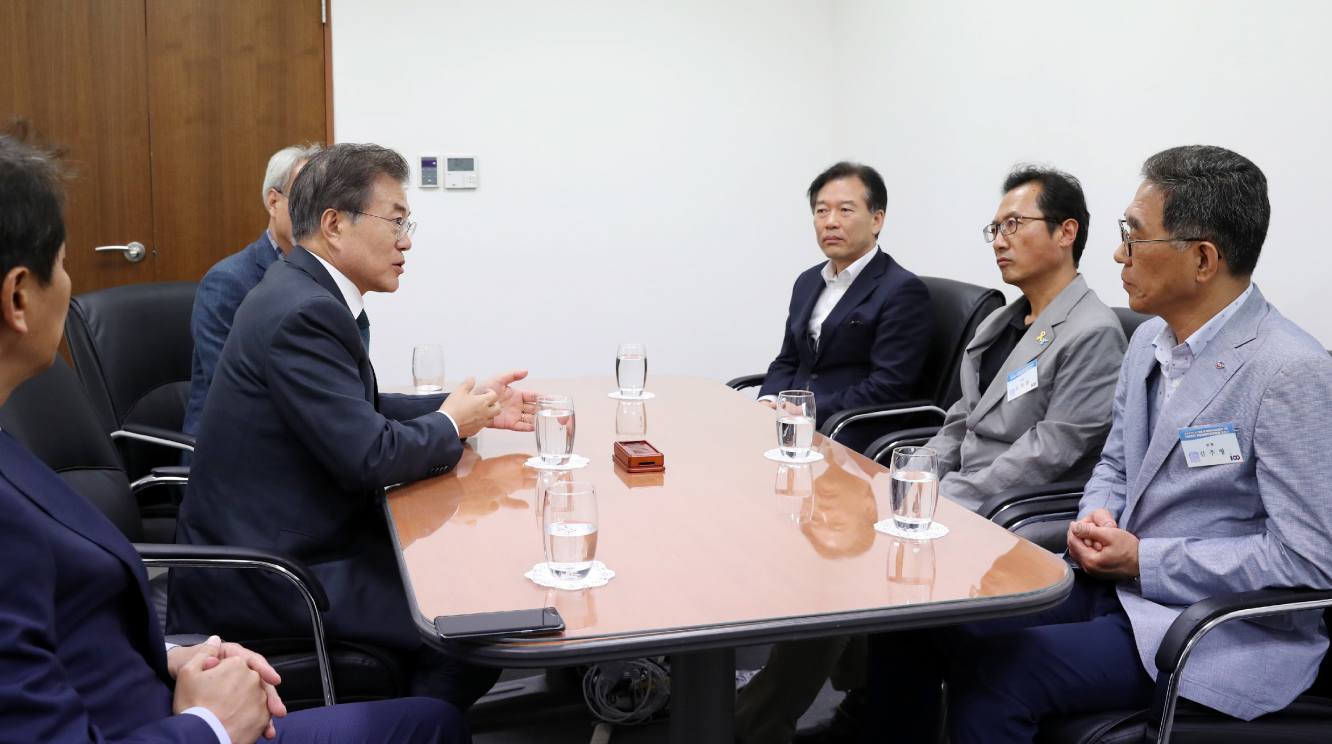 President Moon Jae-in talks with Kim Myung-hwan, president of the Korean Confederation of Trade Unions, and Kim Ju-young, president of the Federation of Korean Trade Unions, about a commemorative event to mark the 100th anniversary of the March 1 Independence Movement and the establishment of Korea’s provisional government at Old Seoul Station (Historic Site 284) in Jung District, central Seoul on Tuesday. [YONHAP]