Asiana offers chicken, beef - or nothing at all

Asiana offers chicken, beef - or nothing at all 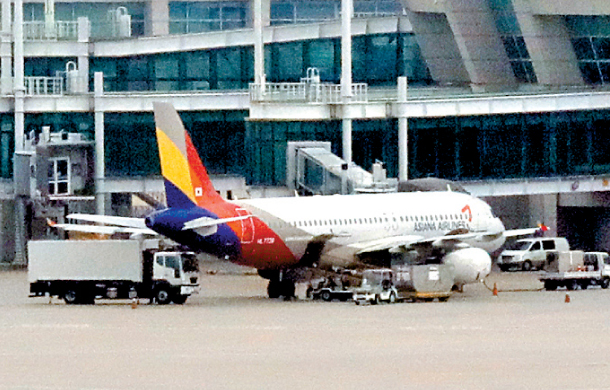 The 56-year-old CEO of a subcontractor of Asiana Airlines’ in-flight meal supplier was found dead by apparent suicide at his home in Incheon on Monday.

Though no suicide note was found, family members told police that he was under a lot of pressure trying to produce a higher-than-usual number of in-flight meals. Sharp DO & CO, the catering firm that hired his company, had signed up to supply in-flight meals for Asiana Airlines from July 1.

Tuesday marked the third day Asiana Airlines planes took off undersupplied or without any in-flight meals. On Sunday, 51 out of Asiana’s 82 international flights departing from Incheon were delayed by at least an hour because of problems with in-flight meals. At least a dozen of those planes departed with no meals.

Korea’s second-largest airline is currently compensating passengers who failed to receive in-flight meals with Asiana Airlines vouchers valued between $30 and $50. Passengers may use the vouchers for purchasing duty-free goods on board as well as additional services provided by the airline.

The in-flight meal debacle is a result of Asiana changing its meals supplier. Until June 30, meals were provided by Lufthansa subsidiary LSG Sky Chefs. Though the Korean airline had inked a 30-year deal with Chinese aviation conglomerate HNA Group to have their joint venture Gate Gourmet Korea serve as the sole in-flight caterer for Asiana at Incheon Airport, a fire at the construction site for the Gate Gourmet factory forced Asiana to look for a temporary substitute.

Asiana then signed a three-month contract with Sharp DO & CO, a much smaller airline caterer used to preparing about 3,000 in-flight meals a day. Sharp DO & CO and its five subcontractors had to produce nearly 10 times as much for the 26,000 passengers who fly from Incheon on Asiana international flights every day.

“We are deeply sorry for causing inconvenience to passengers due to a problem that occurred while changing our in-flight catering supplier,” it read.

“We are now concentrating our human and material resources into resolving this issue. I expect that our in-flight meal service will be normalized in a short while.”

An Asiana spokesman added that operations were expected to normalize in two to three days and that they are now only facing delays in packaging and delivering the meals.

In a phone call, a friend of the subcontractor’s CEO who committed suicide told a Hankyoreh newspaper reporter that Asiana Airlines and Sharp DO & CO appeared to put a lot of pressure on the subcontractors.

“When I talked to [the CEO] on Monday,” said the friend, “he told me that the company told him the delays were his fault. He also said that all the female employees were crying and that he himself had been working for 28 hours straight.” The friend was not sure if the CEO was referring to Asiana Airlines or Sharp DO & CO when he said “company.”

Hankyoreh also exclusively reported that in the contract between the airline and Sharp DO & CO, Asiana wasn’t obliged to pay the full price of the meals if they arrived 15 minutes late and could pay 50 percent less for meals that were over 30 minutes late. It is speculated that Sharp DO & CO enforced similar rules on its subcontractors.

Police are now investigating the possible factors that may have led the CEO to take his own life.