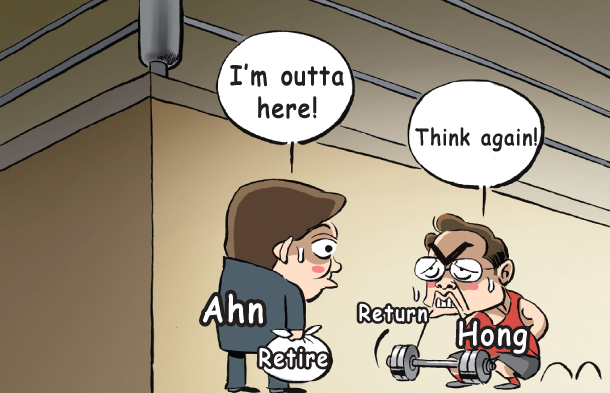 Former leader of the Bareunmirae Party and former presidential candidate Ahn Cheol-soo suggested he will retire from politics after a crushing defeat of the party in the June 13 local elections. Meanwhile, former leader of the main opposition Liberty Korea Party, Hong Joon-pyo, plans to return to politics.