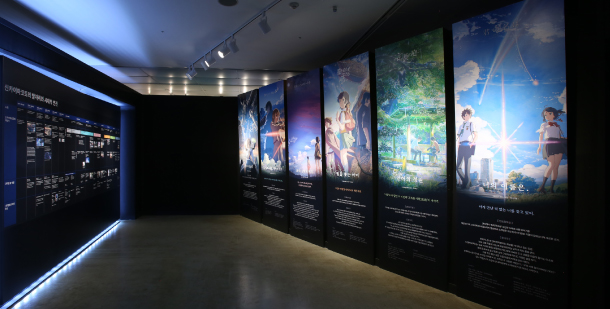 An exhibition about six animated features of Japanese director Makoto Shinkai will run through Sept. 26. [WAYSBE]

An exhibition about six animated films by Japanese director Makoto Shinkai opened in Seoul on Friday. 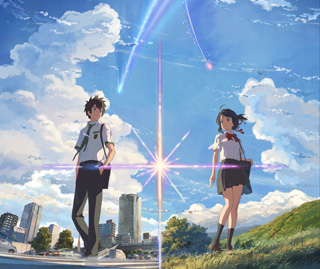 The exhibition is part of a world tour marking the 15th anniversary of the director’s release of the 25-minute science fiction drama “Voices of a Distant Star” in 2002, which earned him international recognition after being screened at the Tollywood mini-theater in Tokyo. Seoul is the exhibition’s third stop after Tokyo and Taipei. The next stop will be Shanghai in late July.

The six movies showcased in the exhibition include the sensational “Your Name” (2016), which was popular enough to get a re-release in Korea a year after its premiere in the country. The rest are “Voices of a Distant Star,” “The Place Promised In Our Early Days” (2003), “5 Centimeters Per Second” (2007), “Children Who Chase Lost Voices from Deep Below” (2012) and “The Garden of Words” (2013).

Though most of the works on display are the same as shown in Tokyo and Taipei - rough sketches, drawings, three-dimensional artworks and a step-by-step demonstration that shows how colors were added to an animation - a few new artworks have been added to cater to Korean tastes.

Taking into consideration that Koreans are enthusiastic about sharing what they have seen and where they have been on social networking services, this exhibition has reproduced a setting from a scene in “The Garden of Words” in which a shimmer of light shines down on a pavilion. It’s a great place to be photographed in.

Another interesting addition to the Korean exhibition is a reproduction of a scene from “5 Centimeters Per Second,” in which sentimental music fills a pink-walled space with a digital backdrop of falling cherry blossoms. A three-minute video of scenes from “Your Name” on a wide screen is another notable work on display. 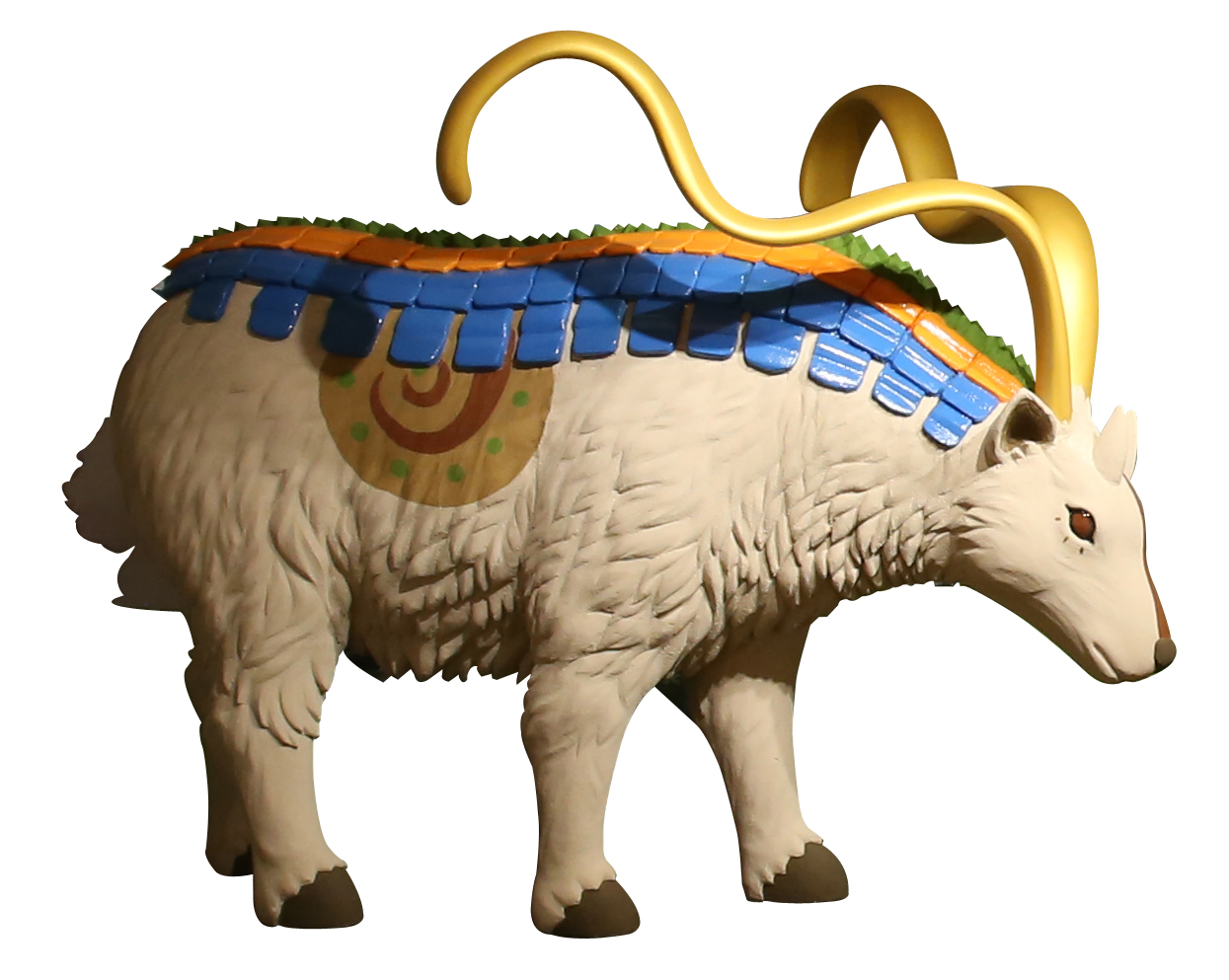 A sculpture inspired by a character from 2012’s “Children Who Chase Lost Voices from Deep Below.” [WAYSBE]

Quotes from the director, who was a literature major at Chuo University, are capable of stirring visitors’ emotions. Quotes from his films are displayed on the walls of the exhibit.

Particularly well-known for his beautiful depiction of warm lighting and detailed vistas, Shinkai’s animations have been widely loved by Korean fans. The director became particularly recognized in Korea with “Your Name,” which became the best-performing Japanese animated release in Korea in January 2017, conquering the long-standing record of Hayao Miyazaki’s 2004 hit “Howl’s Moving Castle.”