KEB Hana to cut down on paper with tablets

KEB Hana to cut down on paper with tablets 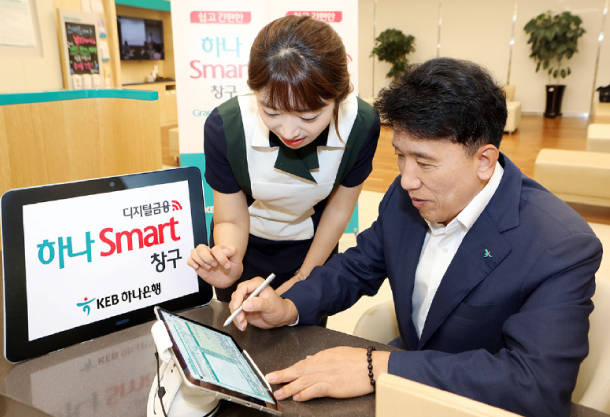 KEB Hana Bank will install digital tablets at all branches this month to negate the need to fill in paper documents for a wide range of financial services.

The move is part of the bank’s efforts to go paperless with the aim of increasing convenience and becoming more eco-friendly.

The tablet will replace 319 types of documents required for lending, foreign currency exchange, deposits and other banking services.

On the clients’ side, paper forms typically have to be signed multiple times, while the digital system may require just one signature.

“Staff can also benefit from digitized forms as they require less time to manage compared to paper,” said KEB Hana Bank in a statement.

Tellers won’t need to check each document to see if all the information is filled in, as the new system automatically detects missing information.

“The adoption will help us strengthen consumer protection,” the CEO said in a statement.

Other banks are also embracing the paperless system.

Nonghyup Bank also pledged to go completely paperless at all branches within the year as online and mobile banking gains popularity.

The bank said last year that it would expand the use of tablet-based digital documentation to all 185 branches across the country.

The Industrial Bank of Korea began the move in 2015 and now more than half of its branches use the system.