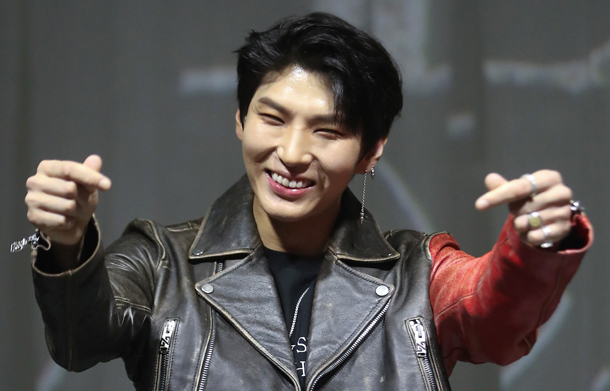 Singer Leo of boy group VIXX will release his first solo EP titled “Canvas” on July 31 and hold concerts from Aug. 31 to Sept. 2, according to his agency Jellyfish Entertainment, Tuesday.

The concert series was organized in celebration of his first EP release, and he is expected to show his full potential as in independent musician.

Leo made his debut as a member of VIXX in 2012, and he is the second member to release a solo project. Bandmate Ravi will embark on his first European tour in October, and members Ken, Hongbin and N are all actively pursuing acting careers.

The “Leo 1st Solo Concert Canvas” will be held at the Blue Square iMarket Hall, central Seoul, and tickets will become available on Aug. 7.