HUH JIN
The author is a political news reporter of the JoongAng Ilbo. 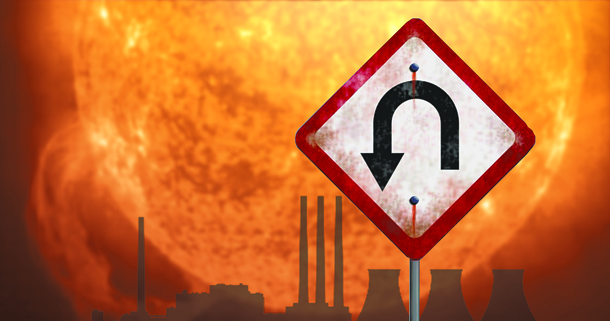 The Moon Jae-in administration has been promoting the phase-out of nuclear power as a key goal. The Blue House website has an energy transition section that has posted 15 publicity pieces since June 2017. In September, Minister of Industry, Commerce and Energy Paik Un-gyu was interviewed in a video entitled “Kind Blue House.”

In the video, Paik explained the safety issues behind nuclear power generation, as the foreign substances in the Hanbit-4 reactor and general rusting of the nuclear reactors suggested that the dome plates of the nuclear reactors were not properly filled with concrete. Paik predicted that electricity supplies would not be an issue when renewable energy is developed.

Despite Paik’s assurances, Korea Hydro and Nuclear Power (KHNP) plans to speed up the reopening of nuclear facilities under maintenance, as unusually extreme heat waves continue. The KHNP announced on July 22 that it would work to make Hanbit-3 and Hanbit-2 reactors resume operation for the second and third week of August, when electricity demand peaks. As the hot weather leads to record-breaking electricity demand, the case against nuclear power is withering. While the Blue House has actively promoted its nuclear phase-out policy, it hasn’t commented on the KHNP’s move, which goes against the government’s agenda.

The government’s nuclear power policy is inconsistent. While nuclear phase-out is the goal in Korea, nuclear power plants are being exported abroad. The KHNP is considering removing “nuclear” from the name, but it plans to increase new hires with college majors in nuclear power from this year’s 13 percent to 30 percent in the next five years.

The safety of renewable energy sources that are considered alternatives to nuclear power is also controversial. There have been a number of fires at solar power generation facilities, and landslides happened after mountains were cleared to make solar panel facilities. The opposition party claimed there is a person in the administration involved in key projects, such as solar panel businesses.

This year, 12 people have died of heat-related causes. Hundreds of people are suffering from heat stroke. Even more severe heat could be ahead. If it weren’t for the nuclear plants, I wouldn’t have been able to use my air conditioner freely. Is the government relying on nuclear power when it’s hot, and will just resume the phase-out when the weather cools off? I am curious of government’s intent behind re-opening the power plants.