‘Mission Impossible’ proves to still be a global hit

‘Mission Impossible’ proves to still be a global hit 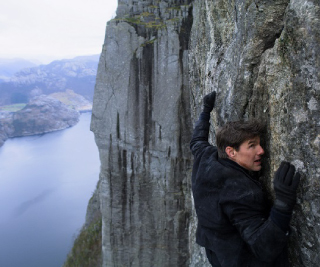 Not accounting for inflation, it’s the best North American box office performance for the long-running franchise, which has grossed $2.8 billion worldwide, and one of Cruise’s biggest too (just shy of “War of the Worlds” $64.9 million debut in 2005). Internationally, the film earned $92 million from 36 markets which is also a franchise best.

Directed by Christopher McQuarrie, “Fallout’’ has scored some of the best reviews in the series and has been in the news cycle for almost a year. Talk about the film started early, in August of 2017, when Cruise broke his ankle performing a stunt in London with video to prove it.

“Paramount was strategically perfect in their marketing and publicity game,’’ said comScore senior media analyst Paul Dergarabedian. “They showed how important a star’s presence is in marketing the movie early on. Tom Cruise broke his ankle and they made that into a positive for the movie - it fed the Tom Cruise ‘Mission: Impossible’ mystique.’’

Coming in at distant second at the Korean box office was “Incredibles 2,” which sold 490,000 tickets. The animated feature about a family with superpowers, has sold a total of 2.26 million tickets since its debut.

It was followed closely by Warner Bros. Korea’s ambitious release, “Illang: The Wolf Brigade,” which fell far short of expectations. The Korean adaptation of the famous 1999 animation “Jin-Roh,” is about a highly-trained member of a special police unit who is torn between his mission to be a beast and his feelings toward a woman. Directed by Kim Jee-woon of “The Age of Shadows” (2016), the movie stars Gang Dong-won and Han Hyo-joo.

At second place in North America was “Mamma Mia! Here We Go Again,’’ which fell 57 percent in its second weekend in theaters, to earn $15 million.

It was a much steeper decline than the first film, which dropped only 36 percent between its first and second weekends.

The animated “Teen Titans Go! To the Movies,’’ a feature spinoff of the Cartoon Network television show about Robin and some of the lesser-known DC superheroes, was the only major film to open against “Fallout.’’ The Warner Bros. release earned $10.5 million and landed in fifth place.