Is this time different?

Is this time different? 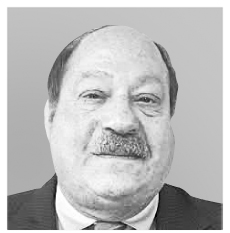 Robert A. Manning
The author is a senior fellow of the Brent Scowcroft Center on International Security at the Atlantic Council and its Foresight, Strategy and Risks Initiative. He served as a senior counselor to the UnderSecretary of State for Global Affairs from 2001 to 2004, as a member of the US Department of State Policy Planning Staff. from 2004 to 2008, and on the National Intelligence Council (NIC) Strategic Futures Group, 2008-12. Tweet: @Rmanning4

Is North Korean leader Kim Jong-un serious about building a new future or is he cleverly playing us to achieve his longstanding goal: to be, like Pakistan, accepted as a nuclear state?

After two unprecedented face-to-face meetings with Kim, Secretary of State Mike Pompeo came away arguing that Kim was about to make a “strategic choice” — to trade his nuclear weapons for security and economic benefits. Thus, unlike previous diplomatic efforts to denuclearize North Korea, this time was different.

But is it? How would we know? So far, there has been a deceptive sense of progress. To its credit, Pyongyang has taken some helpful steps, such as halting nuclear and missile tests, blowing up a nuclear test facility that was on the verge of collapsing anyway, destroying a ballistic missile test facility (no longer needed, as they completed their tests), and working with the Pentagon to recover the remains of Korean War soldiers. The North cites these “irreversible” gestures of good faith, demanding the United States declare an end to the war and build a “peace regime,” as agreed to in the Singapore Summit Joint Statement.

So, when Trump says he is “very happy” with Kim’s cooperation, he does have a point. But on two fundamental issues, on which the possibility of a successful deal advancing U.S. interests turns, there is nothing: economic reform and steps toward dismantling its nuclear weapons program.

The first is an important indicator of Kim’s intentions. The Kim family dynasty has, of late, defined its legitimacy as having nuclear weapons. They changed their constitution to define North Korea as a nuclear state. But having declared that their nuclear and ballistic missile program is now complete, the argument is that he is prepared to put it on the table to gain economic and security benefits to modernize the decrepit North Korean economy and bring promised prosperity to his long-suffering people.

But is he? The word “reform” has yet to come from his lips. While Kim has indicated interest in — if not envy — of China’s economic reforms, he has yet to institute any market reforms from the top, even though markets operate across North Korea and compensate for inadequacies in its official economic system. If plans for integrated North-South transport infrastructure and the hopes of South Korean businessman for major investments are to be realized, reform to create an accountable business environment are essential.

But there is a simple, cost-free way to test Kim’s intentions. If he is serious about integrating North Korea into the regional economy: the United States, South Korea and China should strongly encourage Kim to begin talks with the IMF, World Bank and the WTO about becoming a member of these core institutions, which are essential if Pyongyang is to obtain large-scale foreign investment and build economic relations to integrate into Northeast Asia’s economy.

But Pyongyang’s budget and fiscal information are considered state secrets. Disclosing them would be an important test of seriousness and transparency. In addition, the United States and South Korea could help Kim modernize his economy by offering to train all the MBA’s, lawyers, accountants and technicians he is prepared to send us. For the United States and South Korea, it is simple logic: anything that opens up North Korea is a mutual benefit.

Similarly, we need to test Kim’s intentions on defining what he means by “denuclearization,” a question Mike Pompeo is now unable to answer. How? Again, not difficult: the first step in any effort to dismantle North Korea’s nuclear weapons program is for Pyongyang to provide the International Atomic Energy Agency (IAEA) a full inventory of its nuclear weapons program and facilities so it can design a credible verification and monitoring regime.

So to be fair, in response to Pyongyang’s demand that they create a peace regime, the United States and South Korea can propose that Washington and Seoul initiate four-party talks (United States, South Korea, North Korea, China) to negotiate an end to the Korean War and turn the armistice into a peace treaty as soon as Pyongyang provides the IAEA an inventory of exactly what its nuclear program consists of and allows the IAEA to set up an intrusive verification and monitoring system that is as least as comprehensive as was done in Iran. Progress on a peace regime would move in parallel with denuclearization.

If North Korea does not respond to these initiatives, then they are telling us something very important: This time is not different, they are using the same old playbook to manipulate the narrative. Trump has taken the bait and for now, accepted China’s “freeze-for-freeze” policy. The fear is that this is not just a first step, but, by default, the end state of nuclear diplomacy.

At the same time, since the IAEA can only monitor the nuclear program, not dismantle nukes or ship out fissile material, the United States should call a meeting of senior technical experts from Northeast Asia’s declared weapons states to begin discussing how to actually dismantle North Korea’s program, disassemble nuclear weapons and remove fissile material form Korea. This could build momentum and put pressure on Kim.

And finally, to show our good will, the United States should invite Kim’s favorite musical group, the Moranbong all-women band, to perform at the Kennedy Center, and the North Korean men and women’s soccer teams should play against the respective U.S. national teams.
These actions would allow the United States to change what is now a dangerous diplomatic dynamic and gain control of the narrative. Kim’s responses would tell us all we need to know about his intentions.