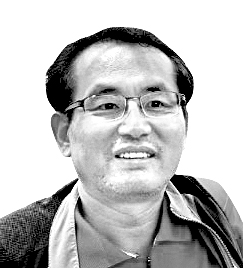 Kim Dae-ho
The author is the director of the Social Design Institute.

A slogan or value that seems reasonable but empty often makes a society regress. Such was the case in Joseon Korea (1392-1910), where a king’s virtue, physical and mental training were all that mattered. A king’s lack of these qualities was often blamed for natural disasters or military failure.

Strengthening the country through science, technology and industry, and reforming laws and systems, were also locked up within this framework of a king’s virtue and character. Under the Moon Jae-in administration, Korea is no different. There is nothing more unfair and unjust than the liberals’ arguments of justice and fairness.

First, they are interpreting justice and fairness as suppressing the strong and helping the weak. Yet they failed to understand the most fatal tyranny of gapjil, where those with an upper hand take advantage of those below them.

Gapjil abuse comes from an asymmetry of rights between two parties in a deal. It is possible that the government, public institutions and political parties are the greatest gapjil abusers. No matter how poor their services are, there is no way to punish them or reject their services.

When local governments are guaranteed autonomy in legislation, budgets and political appointments, the central government’s gapjil power will be reduced. In countries with strong regional autonomy such as the United States and Switzerland, local governments compete against each other to attract companies.
But the Moon administration’s policy has failed to include the strongest gapjil abusers: the government, public institutions and ruling party. It is no wonder, then, that they have failed to restore justice and fairness.

Who is making these judgements about the strong and the weak in gapjil? Academics, pundits, politicians, bureaucrats, judges, prosecutors and lawyers who do not know the realities of the economy and society. Policies on the minimum wage, work hours, employment, contractors and labor unions are such examples. But the simple division of the strong and the weak into capital and labor, conglomerates and contractors, building owners and tenants, franchisors and franchisees does not work.

Take the labor unions of Korea Railroad Corporation and Hyundai Motor for example. They are in a completely different position from workers at small companies and young job seekers, but the people who do not know reality generalize a few drastic cases such as a conglomerate’s attempt to dismantle a labor union and create a framework where the strong are greedy and the weak are good. 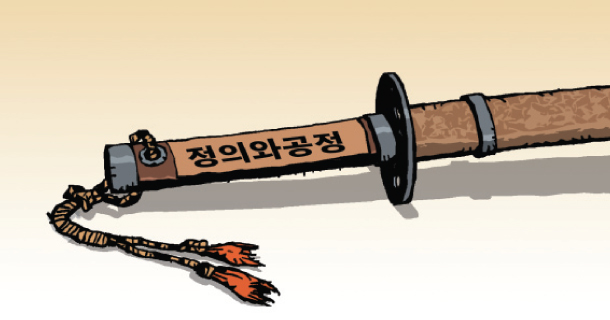 This leads them to infringe upon the rights of capitalists, companies, building owners and franchisors by using state power to protect the rights and interests of the weak as they have defined it. As a result, they ended up protecting the strong, who are disguised as the weak, while companies and individuals with creativity and passion are suppressed. The weak only become weaker.

Even if they have accurately defined abuse of power, they are not thinking deeply about whether it is an issue to be resolved by the state through regulation or an issue to be resolved by strengthening the self-defense of the weak. The government and public institutions end up gaining more power. This includes the judiciary, prosecution, police, Board of Audit and Inspection, National Tax Service, Fair Trade Commission, Financial Services Commission and Labor Ministry, which should promote justice and fairness. They become extremely happy with their stronger power.

Economic policy is about creating a pie and dividing it properly, but they ignore the first and think about the latter. Key members of the left grew up during the mid-1980s. They benefited from the effect of Korea’s head-start by adopting a state-driven, export-led economic growth strategy while China was still asleep.

The impression from those years led to the idea that the job of politics and the government was nothing more than realizing justice and fairness. As a result, resolving the wealth gap and inequality became their top priority. Economic democracy and universal welfare became the key resolutions.

But almost all of Korea’s industries, save for semiconductors, have been shaken by China’s rise. There is a high possibility that Geoje and Changwon in South Gyeongsang, Pohang in North Gyeongsang, Gunsan in North Jeolla, Ulsan and Incheon, once the pillars of Korean industry, will go the way of the rust belt. While the engine is rapidly dying, the current administration and its liberal allies are making a mistake by stepping on the brakes.