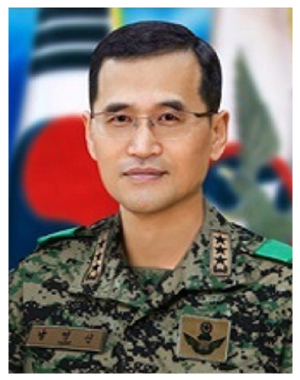 President Moon Jae-in on Friday approved a committee’s recommendations for a far-reaching overhaul of the military’s Defense Security Command (DSC) and appointed a special forces commander to lead the unit into a less controversial future.

“The president has reviewed the reform committee and Defense Ministry’s plans,” announced the Blue House press secretary, Yoon Young-chan, on Friday, “and has ordered a swift and complete reform of the current DSC by dissolving it and creating a new command broken from its past.”

Lt. Gen. Nam Young-sin, who currently commands the Army’s Special Warfare Command, has been appointed as the DSC’s new chief based on a Defense Ministry recommendation, Yoon said. He will replace Lt. Gen. Lee Suk-koo, who led the command since last September and has been accused of usurping authority last month after getting into a public row with Defense Minister Song Young-moo, his senior, over how the latter reacted to the DSC’s martial law plans when they were revealed internally in March.

The plans, drawn up by the DSC and to be used in case the Constitutional Court rejected the impeachment of former President Park Geun-hye last year, involved imposing martial law across the nation to crack down on mass protests.

Documents revealing the plans were released late July with a 67-page report containing such details as the legal grounds to arrest lawmakers who were likely to oppose martial law. Also included were conditions that would allow the military to open fire on protesters.

The revelations of such plans in a country that was under authoritarian rule for decades generated widespread shock among the public and prompted the Blue House to launch a special investigation into the military intelligence unit’s actions.

It also gave momentum to a reform committee tasked with overhauling the DSC that has been active since May after its launch by the Defense Ministry.

On Thursday, the committee announced its recommendations for sweeping changes to the unit, which included reducing the DSC’s 42,000 personnel by 30 percent and shutting down all its regional units.

In addition to approving the committee’s reform plans, the Blue House’s announcement on Friday included Moon’s endorsement of a “practical dissolution” of the intelligence unit, words used by the committee’s chief, Chang Young-dal, at a press conference Thursday.

This would entail setting up a new name for the DSC and abolishing its current legal foundation, which critics say have allowed it to meddle in political affairs and spy on civilians.

The DSC will, however, be retained as a military command and not reduced to an advisory group or separated from the Defense Ministry, options presented by the committee to Minister Song on Thursday.

Moon also ordered the defense minister and the new DSC chief to send all those involved in the unit’s drafting of martial law plans as well as in other controversial actions - like alleged online opinion manipulation and spying on the relatives of the Sewol ferry victims - back to their respective military bases.

The president instructed that a non-military auditor be appointed to investigate these allegations and follow up with appropriate legal measures, Yoon said.