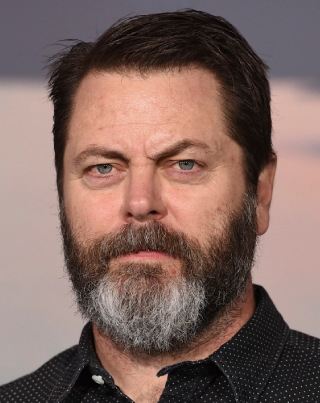 BEVERLY HILLS, California - FX is diversifying its offerings, picking up a drama about a cutting-edge tech company starring Nick Offerman, sinking resources into a limited series based in feudal Japan and returning for a fourth season of "Fargo," this time with Chris Rock.

The network revealed some of its upcoming plans Friday and they include the eight-episode "Devs" by writer and director Alex Garland, who wrote and directed the 2014 feature film "Ex Machina" starring Alicia Vikander. The upcoming TV series is set at a secretive tech firm in San Francisco that may be responsible for a murder.

FX is also rebooting "Shogun" as a 10-episode limited series, which it calls its "largest international scale production to date." The series will be based on the novel of the same name by James Clavell that was turned into a 1980 miniseries event by NBC starring Richard Chamberlain.

The plot charts the collision in Japan of two ambitious men from different worlds and a mysterious female samurai. The new version will be written by Eugene Kelly ("Westworld," "Leftovers" and "Boardwalk Empire") and Ronan Bennett ("Public Enemies" and "Top Boy").

FX has lured Rock to star in a new season of "Fargo," set in 1950, which will begin production in 2019. Rock will play the head of a criminal syndicate who has struck an uneasy peace with a rival group - they’ve swapped sons. A death forces the unraveling of their plans. Longtime "Fargo" show runner Noah Hawley will again lead the creative team.