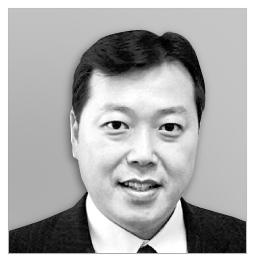 “It’s the economy, stupid!” was a highly effective campaign slogan used by Bill Clinton in the 1992 presidential race against sitting President George H.W. Bush. It was devised by campaign strategist James Carville and was one of three catchphrases he wrote on a board for the campaign staff in Arkansas to remember, along with “Change vs. more of the same” and “Don’t forget health care.”

The catchphrase ended up resonating with voters at a time of recession. The U.S. economy boomed under Clinton. During his second term in 1999, a poll found as many as 71 percent of Americans claiming they were enjoying the best economy of their lifetimes. Clinton comfortably finished his second term despite a sex scandal with a 22-year-old White House intern that exploded in 1998.

U.S. President Donald Trump, who is unabashed about taking credit for almost everything, is most boastful of how well the U.S. economy is doing. He has been euphoric about an economy that “has never been better” and job conditions that he claims are at the “best point in history.”

The unemployment rate in the U.S. hovers at 4.0 percent, the lowest in nearly 20 years. The Dow Jones Industrial Average has gained 27.4 percent since he took office. The gross domestic product expanded by 4.1 percent on year in the second quarter, compared with 1.8 percent in the first quarter last year when Trump was inaugurated. This is one realm in which Trump can stay proud in spite of the disasters he has caused elsewhere.

But America under Clinton and Trump is clearly different. The biggest difference is how the rest of the world views the United States — in other words, how appealing America is to foreign capital — which can be measured by data on foreign countries’ investment in the U.S.

Trump bumped up fiscal spending and cut corporate taxes to turbocharge the pace of economic recovery. The world’s largest economy was expected to draw a flood of investment from overseas from the start. But foreign countries’ direct investment in the U.S. decreased by 40 percent to $292 billion last year from $486 billion in 2016. Foreign direct investment in the first quarter stopped at $57.5 billion, just a third of $150.7 billion two years ago under President Barack Obama. While Clinton was in office, FDI net inflow on average surged by 50 percent annually over eight years. Despite the scandal and the threat of impeachment, foreign investors had confidence in America.

Adam Posen, director of the Peterson Institute for International Economics, claimed that Trump’s economic nationalism, abandonment of the international economic order and trade wars have shifted the global economy away from the U.S. He argued that the world economic order has become more uncertain and politicized because the U.S. government acts towards businesses “as any self-enriching autocracy would,” which has affected long-term business commitments in the U.S. by companies in the European Union, Latin America and Asia — friends of America — and even rivals like China. Trump’s bullying and unilateral ways and zigzagging decisions have critically damaged the attractiveness of the U.S. as a place to do business.

Korea, meanwhile, should be envious of the growth in the U.S., however uneven it may be.

Consumer prices are running high here despite sluggish domestic consumption. Facilities investment has hit the lowest number since the 1997-98 Asian economic crisis. Jobs for the young are rarer than ever before. The only numbers on the increase are the minimum wage and vacancies in retail and commercial buildings. International organizations like the International Monetary Fund and Organization for Economic Cooperation and Development have issued warnings about the Korean economy, which has been receding despite growth elsewhere in the world.

Former liberal President Roh Moo-hyun in May 2002 reportedly said that if he could pull off inter-Korean dialogue, every other misstep would go unnoticed. I hope President Moon Jae-in is not trying to follow in his former boss’s footsteps. He should be doing everything to not mess the economy. He must fix his economic agenda and policies if changes are needed to restore the economy. Once more, remember that one cardinal rule: “It’s the economy, stupid!”