LEE GA-YOUNG
The author is an international and security news reporter of the JoongAng Ilbo. 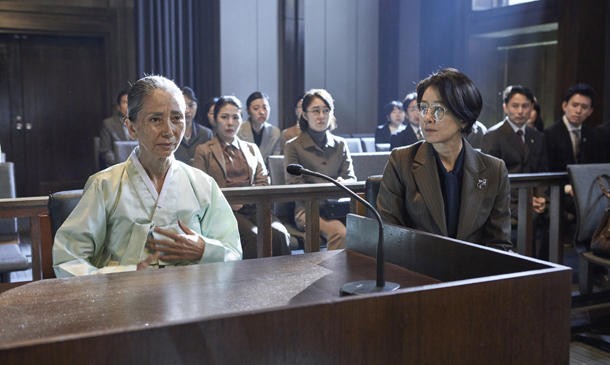 “I cried as I listened to their stories. I thought helping them was the right thing to do,” said 73-year-old Emiko Hanafusa at a restaurant named Hanafusa in Fukuoka, Japan. She was talking about how she had supported the comfort women trial that became widely known through recent film “Herstory.” Emiko and her husband, 74-year-old Toshio Hanafusa, formed a group to financially and mentally support the comfort women’s trial.

While the couple are not major characters in the movie, experts say they played a crucial role.

The couple met while in college at the prestigious Tohoku University in the 1960s and were active in social movements. Upon graduation, they moved to Osaka and were involved in the labor movement. They later moved to Fukuoka and opened a restaurant.

Through a friend, Emiko became involved in the comfort women trial. Toshio joined his wife and also became active, serving as the secretary general of the supporters group. To help fund the trial, they moved the restaurant from a busy part of the town to a residential area. They saved up to fund the cost for the victims’ accommodation and trial costs. In 2011, they organized a rally publicizing the stories of the victims. What motivated them?

“When I first met the victims, I was surprised that they treated me warmly despite the tremendous ordeal they had to endure because of Japan. The government ignored its responsibility for the war, so as an individual, I needed to find a way to resolve it,” said Toshio.

They were passionate about their cause, but they were faced with challenges. They were criticized by far-right Japanese groups and their restaurant was threatened. They also had differences in opinion with Korean civil groups. Nevertheless, they did not give up on the principle they had set.

Every year, they visit Busan to meet surviving victims and their families. They visited in May this year. While there hasn’t been a government-level recognition, the couple were concerned about the victims and the future of the two countries as the 2015 comfort women agreement was controversial and the number of living victims is decreasing while Korea-Japan relations remain tangled. I was moved when they said, “We are contemplating how we should reflect on the past activities and how to conclude.”

Fukuoka is the site of the Aso Mine, where more than 10,000 Koreans were forced into labor during the Japanese occupation. Nowadays, many Korean tourists visit the area for the food and hot springs. In this city of contradictions, the Hanafusas sacrificed their business to help Koreans. They stood by their beliefs regardless of what others thought. The two governments should show the same courage and trust that this couple showed.