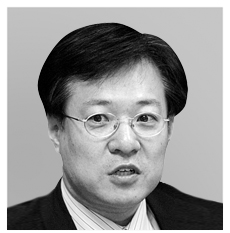 Jaung Hoon
The author is a political science professor at Chung-Ang University and columnist for the JoongAng Ilbo.

I have a book that I wanted to recommend President Moon Jae-in read during his simmer vacation. It is “The Shallows” by Nicholas Carr. Carr was an early IT pioneer, but later became an author writing about IT culture.

The message is important to Moon, because a president’s approval rating is largely dependent on the short-term memories of the people. Over the past year, Moon’s approval rating has remained in the mighty range of 80 percent, and he did not need politics to manage that power. But his rating has recently dropped to the 60-percent level — managing that fall in popularity has become a decisive factor in Moon’s success.

To elaborate, managing Moon’s approval rating is an issue of finding balance between loyalists who demand revolution and ordinary people whose everyday lives are dependent on the government’s policies. The revolutionary loyalists want to fight the decades-old “accumulated evils” of our society.

But Moon’s pragmatic supporters are ordinary people who believe their day to day lives are about justice. While the revolutionary loyalists’ support for Moon comes from their fierce ideological belief, everyday life is the source of ordinary, pragmatic supporters’ backing for Moon. Therefore, approval ratings from the pragmatists can go up or down rapidly.

But let us hear the argument of the revolutionary loyalists. They demand Moon “clearly liquidate the accumulated evils” of our society from the past decade or longer. In other words, they say that the Moon administration is a government that came to power based on the candlelight revolution and has a historic mission to clean up the conglomerates, real estate assets-driven economy and economic officials stuck in a rut. They say the president must only “trust the candlelight protesters and boldly push for grand socio-economic reforms.” 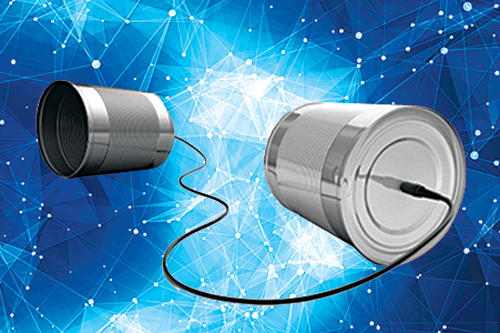 There is no room to discuss in detail how these grand arguments, which sound like something from the French Revolution, seem awkward today. But I want to point out the sense of speed in the hyperconnected Korean society as one of many reasons that a revolution is impossible today.

We are living in a hyperconnected society, where high-speed internet connections and smartphone usage are some of the highest in the world. All information and judgments, including those about politics, circulate to everyone at the speed of light.
One remark from the president instantly provokes hundreds of comments and postings and their interpretations and modifications spread immediately.

The recent policy on minimum wage was a case that largely stirred up the pragmatic supporters when the speed of a hyperconnected society, vulnerability of real life and the government’s rushed economic justice are met.

When the administration pushed forward the rapid increase of the minimum wage based on a timeline promised during the presidential election, the government was optimistic that the justice of the minimum wage proposal would resolve the vulnerability of the self-employed and complexity of everyday lives.

While the impact on equality of the increased minimum wage will slowly become evident, the pains suffered by the self-employed are immediately detectable. And their pains are instantly spread and shared by the majority of people through mainstream media, YouTube and Facebook, who are in ultimate competition for speed. Of course, the agony isn’t heard by the real revolutionary loyalists.

I am not trying to be pessimistic. Instead of using a grand flag, as said in a previous column by JoongAng Ilbo’s Lee Ha-kyung, the government should have created a more meticulously planned policy and held long, but tenacious, dialogue with concerned parties.
Creating a minimum wage hike plan that harmonizes different realities of industries and regions and economic justice probably needed a timetable far longer than the presidential pledge.

It is actually impossible for the government, which has limited resources and time, to realize economic justice in every area of society within a short period of time. Although it is ironic, dull communication and tireless talks are the only way for a policy to avoid a breakneck, hasty evaluation in the era of the speed of light.

Moon will be able to restore the trust of his pragmatic supporters through justice, proper procedures and communication.