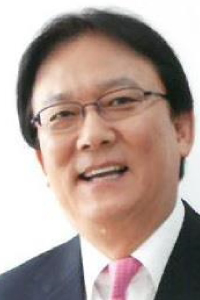 CJ Logistics, an affiliate of South Korea’s food and entertainment giant CJ Group, said Friday that an adviser at Samsung’s life insurer is joining the company as vice president, in a sign of a thaw in the two conglomerates’ relations.

Park Keun-hee, who served as the CEO of Samsung Life Insurance, will be in charge of the overall management of CJ Logistics, according to the company. CJ, run by Samsung Group Chairman Lee Kun-hee’s relatives, was part of the country’s largest conglomerate until it broke off in 1993.

In April, a former CJ official was sentenced to four and a half years in prison by the Supreme Court for recording compromising videos of Lee Kun-hee and using them to extort hundreds of thousands of dollars from Samsung.