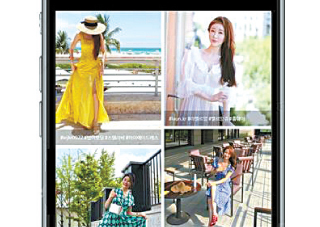 Korean retailers are increasingly crossing the boundaries between their commerce platforms from television to offline and online to attract more customers, market watchers said Thursday.

Shinsegae TV Shopping, the home shopping arm of retail giant Shinsegae, is set to open an offline shop for luxury goods sold through its program S-Style at the Shinsegae mall in Paju, Gyeonggi, on Saturday.

The 159-square-meter store (1,711-square-foot) will be the first time a television-based commerce firm has opened an offline shop, according to Shinsegae.

“We will provide a unique experience to our customers, freely crossing over the line between online and offline,” a company official said, adding the launch is aimed at improving communications with customers.

Shinsegae is not the only retailer aiming to break boundaries between platforms.

Earlier on Monday, another major retailer, Hyundai Home Shopping Network, opened an online shop named Hootd that features products from eight influencer brands. Their combined number of followers on social media amounts to 1.4 million, according to the company.

Hyundai said it will actively collaborate with Hyundai Department Store to regularly open pop-up stores and use its TV channel to further raise the influencer brands’ profile.

Industry watchers say local retailers have been gradually expanding their collaborations online and offline to create synergy and make up for their respective shortcomings.

“To meet the needs of consumers who wish to check products’ traits that cannot be explained by the numbers, such as texture and color, offline channels can be an effective complement.”

Prof. Kim Kyung-ja at the Catholic University of Korea also said retailers’ use of various channels is aimed at taking advantage of the convenience and price competitiveness of online malls and the entertainment aspect of offline malls.

“Offline shopping is now a form of entertainment in itself. If [retailers] want to boost their online sales, they need to expand contact with consumers through offline flagship stores,” Prof. Kim said.