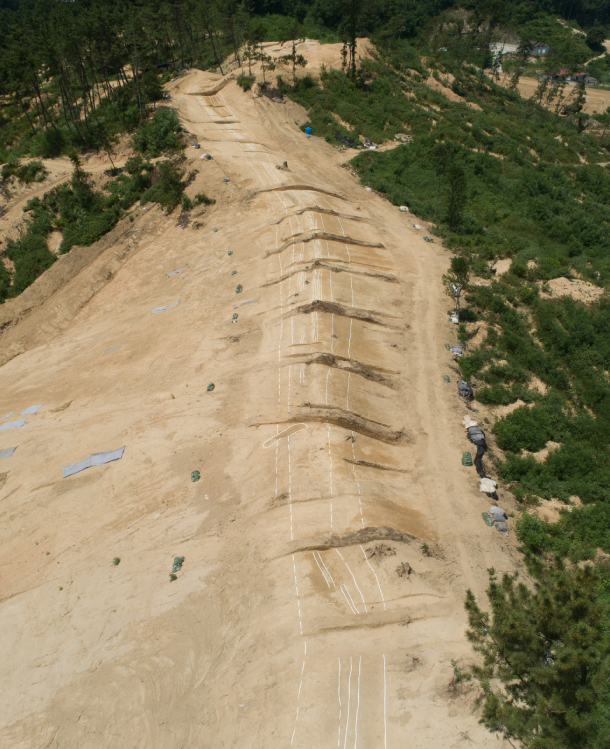 The path less traveled - A path presumed to be used during the ancient Silla Dynasty (57 B.C.-A.D. 935) around the seventh century, has been confirmed during an excavation at a site in Okcheon County, North Chungcheong, the Cultural Heritage Administration said Thursday. The administration said there are clear footprints of animals and wheels of a wagon on the surface of the path, which stretches about 320 meters (1,050 feet) and has a width of 5.6 meters. They also excavated earthenware from the Silla Dynasty as well as porcelain from the Joseon Dynasty (1392-1910) suggesting that the path had been used for transportation and military purposes from Silla to early Joseon. [CULTURAL HERITAGE ADMINISTRATION]