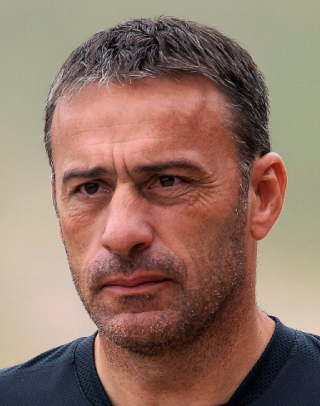 Bento will succeed Shin Tae-yong, whose contract was not renewed after the national team failed to pass the group stage of this year’s World Cup.

“After reviewing details of his plans, we believe Bento is a coach who can develop Korean football if we can support and wait for him for four years,” Kim said at the Korea Football Association’s (KFA) headquarters in central Seoul.

Kim added that Bento meets the philosophy of Korean football.

“Bento pursues high-pressure games that don’t allow opponents to build up their attacks and tries to prevent counterattacks,” he said. “He was also strong in knockout-stage competitions. He is professional, charismatic and has passion and confidence.”

Kim said Bento also satisfied the committee’s criteria. In July, he expressed desire for a coach with experience qualifying for the World Cup, winning a continental tournament and holding a trophy in top leagues.

“As the Portugal boss, Bento had 24 wins, 11 draws and nine losses and led the team to third place at Euro 2012,” Kim said. “Before leading the Portuguese national team, he had 139 wins, 51 draws and 39 losses with Sporting and collected four trophies.”

Kim said Bento will bring four of his own personnel to the national team: Sergio Costa, Felipe Coelho, Vitor Silvestre and Pedro Pereira.

“Sergio will be Bento’s chief assistant and analyze the opponents,” Kim said. “Felipe who will be in charge of the team’s defense training, while Vitor will serve as goalkeeper coach. Perdo, who also worked with Benfica, will be the fitness coach.”

Bento and his staff are scheduled to arrive in Korea Monday.

Bento started his coaching career with Sporting Lisbon in 2004. After winning domestic cup competitions with Sporting, he moved on to coach the Portuguese national team in 2010.

Under Bento’s guidance, Portugal reached the semifinals of Euro 2012 and qualified for the 2014 World Cup in Brazil. But after Portugal failed to reach the round of 16 and displayed poor performance in the Euro 2016 qualification campaign, Bento was sacked in September 2014. He later had stints with Cruzeiro in Brazil and Olympiakos in Greece.

His most recent experience was managing Chongqing Lifan in China from December 2017 to July 2018.

Bento is Korea’s second Portuguese coach after Humberto Coelho, who was at the helm from 2003 to 2004.

A star defensive midfielder in the 1990s, Bento had 35 caps for Portugal. His last match in a Portugal jersey was in June 2002 against Korea at the World Cup.