The era of gender politics

The era of gender politics 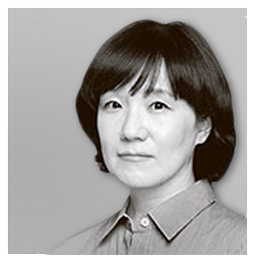 In the scorching weather, some women got angry. An arrest warrant for the manager of misandric website Womad was issued and the member who posted a photo of a nude male model was sentenced to a prison term. It was an unprecedentedly intense investigation and strict punishment. While there was nothing wrong with the legal procedure, many women complained that the authorities targeted Womad first by cracking down on their unlawful images and videos after turning a blind eye to misogyny for so long.

Former South Chungcheong Governor An Hee-jung was acquitted of rape and sexual assault charges after the court found that there had been no power abuse to force sexual relations. Power could be used without actively using force, but the court applied a narrow meaning. Some criticized that it was a backward decision. The court also highlighted the boundary of the current law. In fact, there are mixed opinions within legal circles.

At a far-right rally on Aug. 15, an absurd scene was spotted as 50-60 members of Womad attended the event and shouted “An is guilty!” and “President Moon should step down!”

Sociology Professor Jang Deok-jin of Seoul National University is paying attention to the emergence of gender as a major variable in Korean politics. Following region, ideology and generation, which have long been deciding factors in Korean politics, gender politics has spread among the younger generations. Professor Lee Na-young of Chung-Ang University points out that the difference between women in their 20s and men in their 50s is significant. The middle-aged group is the core supporter of the Moon Jae-in administration. The key supporters of President Moon include women in their 30s and 40s, while young radicals in their 20s are out on the streets shouting “Moon Jae-in, kill yourself!”

Poet Choi Young-mi recently wrote on her Facebook that she had been sexually harassed by a colleague from an activist group in the late 1980s. She recalled that her friend advised her that she would have to endure far worse to continue a social movement. Back then, sexual harassment was often condoned. However, things have changed. 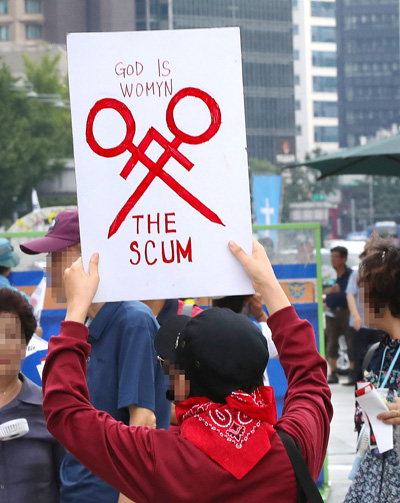 While some are concerned that An Hee-jung’s acquittal will discourage the Me Too movement, they have a narrow understanding of Me Too. The movement has made many women reflect on their lives, speak up about their experiences and think about the reality of power dynamics. The Me Too movement is about speaking up openly. So much has changed beyond what young radical feminists on the street and older feminists like me can imagine.

Of course, the chaotic state of gender confrontation, misogyny and misandry is worrisome. The peculiar coalition of the far-right and feminism, unheard-of in Korean politics, is inconceivable. However, the time when a young poet had to keep quiet about sexual harassment is long gone.

Korean society, which has never addressed women’s issue as part of the social agenda, is faced with out cries from a huge part of its population. Their voice calls for a new political topography that has never existed in Korean society, including the possibility of turning women into a political force.

“In other countries that had experienced political a gender gap before Korea, women are traditionally more conservative than men,” said Jang. “But when economic growth reaches a certain level, the political difference between genders disappear, and a realignment of women becoming more liberal than men is attained. At the same time, women demand their sexual self-determination right, self-determination for pregnancy and childbirth and complete dissolution of the glass ceiling.”

This is what Korea is going through. As Jang succinctly put it, “the latest changes will forever change the structure of Korean politics.”