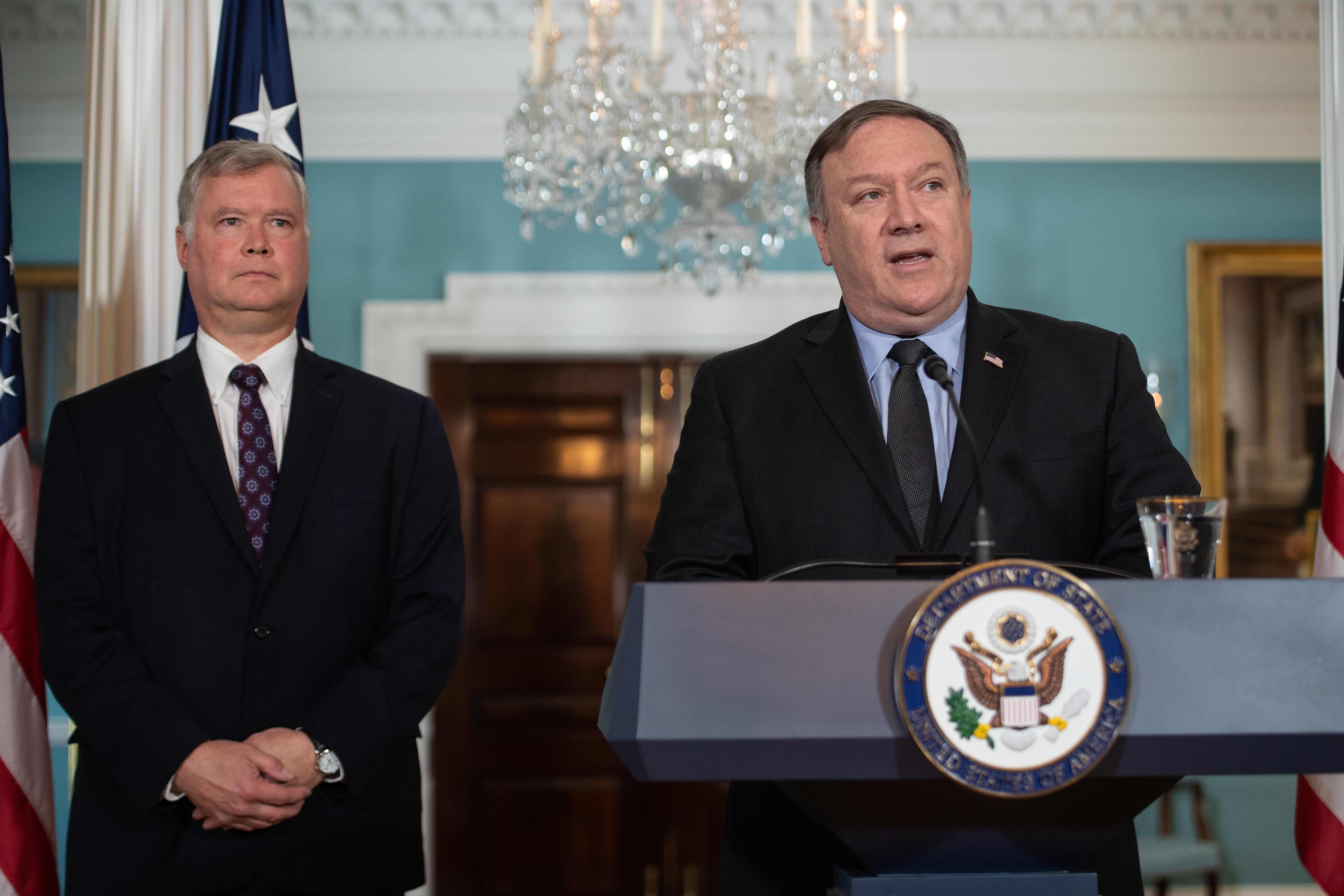 
U.S. Secretary of State Mike Pompeo announced Thursday that he will be making a fourth trip to Pyongyang next week, accompanied by a Ford executive who has been appointed as his new special envoy to North Korea.

“He and I will be traveling to North Korea next week to make further diplomatic progress towards our objective," said the U.S. top diplomat.

Their trip to Pyongyang, said Pompeo, is to make “further diplomatic progress” toward the administration’s objective of North Korea’s final, fully verified denuclearization, or FFVD.

The post has been vacant for nearly half a year since career diplomat Joseph Yun retired in early March. U.S. Ambassador to the Philippines Sung Kim, who led talks with North Korean diplomats at the inter-Korean border village of Panmunjom to plan for the June 12 summit, also formerly served as special envoy to the North.

He also served as a foreign policy adviser to the U.S. Congress and as a resident director for the International Republican Institute in Moscow in the early 1990s.

In their joint statement, the two leaders committed to the "complete denuclearization" of the Korean Peninsula in exchange for security guarantees for the North.

Pompeo’s failure to meet with meet with Kim last month raised questions over the pace of the North-U.S. talks on denuclearization.

In a display of its dissatisfaction with what it perceives to be U.S. inaction on compensation for denuclearization, Kim slammed the international sanctions campaign against the North as “brigandish” and brought about by “hostile forces” during a field guidance trip earlier this month, according to the state-run Rodong Sinmun on Aug. 17.

“It is also possible for Pompeo to discuss second Kim-Trump summit with North Korean officials for and exchange opinions on the possible date and venue while in Pyongyang. If that happens, Kim might not feel it is necessary to meet with Pompeo, as he will soon meet with Trump,” Koh continued.

Cheong Seong-chang, a senior researcher at the Sejong Institute in Seoul who specializes in North Korea affairs, wrote in an analysis on Aug. 16 that the United States should be prepared to give the North a so-called “compensation timeline” that corresponds with each step toward denuclearization that the North takes.

“If Pompeo made a unilateral demand that the North hand over a complete list of nuclear stockpiles without disclosing Washington’s rewards in return on his last visit to Pyongyang on July 6 as it is reported, the North could have taken it as a ‘brigandish’ demand,” said Cheong.

“Doing so would be like disclosing all of its bargaining chips to the United States, making the North-U.S. talks much favorable for Washington.”

“We believe that the upcoming visit bears much significance in and of itself,” said Kim Eui-kyeom, the Blue House spokesman, noting that Pompeo will be joined by the new special representative to North Korea, Stephen Biegun.

“I think we will be fleshing out the details of the upcoming inter-Korean summit after Pompeo’s visit to the North,” the spokesman said.

It said in a statement on Friday that “based on the expertise he has built up in the area of national security, we expect that he will carry out his duties as the special representative for North Korea policy splendidly.”