IU will celebrate 10 years with a fan meeting

IU will celebrate 10 years with a fan meeting 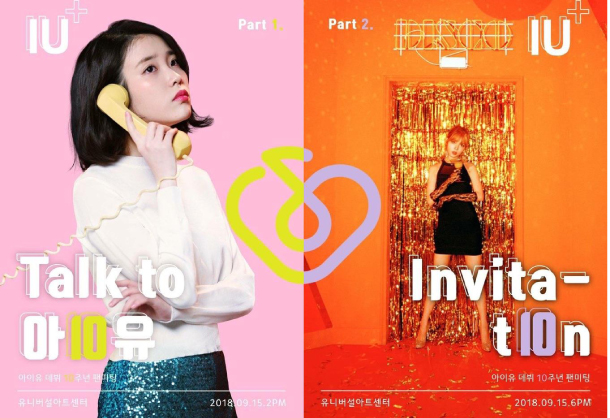 Singer and actor IU, will be holding a fan meeting on Sept. 15 to celebrate the 10 year anniversary of her debut with fans, announced Kakao M (formerly LOEN Entertainment) on Thursday.

“‘IU+’ is a special fan meeting IU is planning. She hopes to spend a meaningful time with her fan club Uaena. The fan meeting will take place at the Universal Arts Center in Gwangjin District, eastern Seoul. It will consist of two parts. Part one will be dedicated to IU fans who are in their teens and Part Two will be for fans who are twenty and older,” disclosed Kakao M in an statement.

Tickets for IU’s official fan meeting “IU+” will be sold on Sept. 4 on online ticketing sites like Melon Ticket.